A Guide to the Five Levels of HazMat Response

HazMat training is essential when responding to hazardous materials which have been mishandled, incorrectly transported, or used with malicious intent, as they can pose a substantial risk to human health and the environment.

How effectively these incidents are managed and resolved hinges on the knowledge, training, and skill of those charged with the response.

With this in mind, the US Occupational Health and Safety Administration enacted OSHA Standard 29 CFR Part 1910.120, also known as the Hazardous Waste Operations and Emergency Response Standard (HAZWOPER), which delegates five key levels of HazMat training for responders and employees who are exposed to or potentially exposed to hazardous substances.

In this blog, we examine the roles and responsibilities of these five HazMat response levels, including how simulator detector technology can be used to enhance HazMat training outcomes. 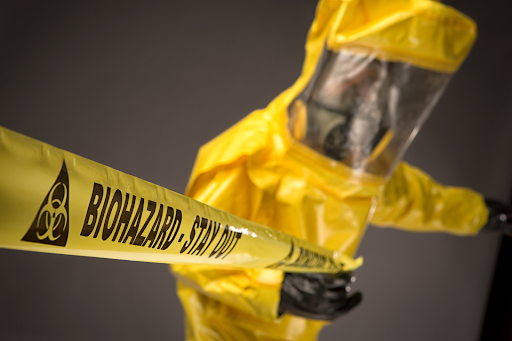 Responders working in awareness-level roles are those who have been trained to identify hazardous materials and initiate an emergency response by notifying proper authorities of hazardous substance releases.

However, for these responders, the chance of encountering the presence of hazardous material in the course of their normal daily duties is relatively small.

In many cases though, it is awareness-level personnel who will be "first on the scene" of a HazMat incident - which means they will be responsible for taking charge of the initial protective actions (isolating or evacuating the area, calling for specialist assistance etc) that will minimise the impact on people and the environment.

Among the expected competencies of an awareness-level responder are:

HazMat Responders on the Operations Level 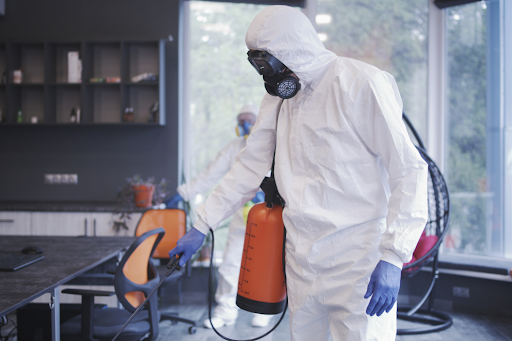 Responders working at the operations level play a hands-on role during the initial HazMat response.

It is expected however that they will do as much as possible to mitigate the incident without having to set foot inside the Hot Zone.

The mission-specific responsibilities of operations-level responders include:

Responders operating at the technician level are highly specialized HazMat personnel who take an offensive-action role when responding to known or suspected releases of hazardous materials.

While HazMat technicians may not be expected to be experts in science, it is assumed that they will have a robust understanding of chemistry, biology and/or nuclear physics. Many also have a substantial CBRN training background.

A HazMat Technician's primary responsibilities include:

Depending on their level of training and the scope of the incident, HazMat Technicians may also be required to respond to incidents involving flammable gases or flammable liquids and/or to have knowledge of radiological dosimetry and recording procedures.

→ Download Free Ebook: How to Source Simulator Detectors for CBRNe and HazMat Training

The Specialist responder is the highest level of responder for HazMat incidents, with an in-depth and highly advanced level of scientific knowledge.

Often they may be expected to act in a trouble-shooting capacity by observing Technicians and watching out for potential complications. At other times they may take a more hands-on approach, working alongside HazMat Technicians within the Hot Zone.

Responders on the Specialist level may also be expected to work with the Incident Commander (IC) from within a command post.

The fifth responder level is the on-scene incident commander. This person is responsible for the overall management of HazMat emergencies at a fixed site, such as a chemical facility. They take charge when a HazMat incident occurs, evaluate risks, and develop and implement preventative measures. They are also in charge of ensuring all safety objectives are being met.

Incident commanders are expected to demonstrate an ability to devise and implement local and state emergency response procedures and plans. In order to effectively lead their teams, they must also have a deep understanding of the roles and responsibilities of the other levels of HazMat response.

Addressing the real-world demands of a responder's day-to-day role relies on a robust HazMat training program that is relevant to their work and tailored to their specific duties and tasks.

What is also essential is that personnel are provided with the opportunity to demonstrate their HazMat knowledge in both a classroom setting and in real-life environments.

The provision of realistic and engaging hands-on training can help to ensure that responders are equipped for the challenges of live HazMat incidents.

Integrating simulator detector equipment into training scenarios can also enable trainees to experience hands-on training that is rigorous, compelling and repeatable, but where there is no risk to health and safety or the environment.

To get a better understanding of how simulator detectors can enhance your HazMat training outcomes, download our free ebook: How To Source Simulator Detectors for CBRN and HazMat Training.

This guide will go over the “tools of the trade” for HazMat emergency response, explain the role that simulators play in successful training exercises, and advise on sourcing and procuring the right equipment for your first responder HazMat training.

How to Source Simulator Detectors for CBRNe and HazMat Training Ebook

Download a guide for advice on sourcing and procuring the essential equipment that you need to implement effective CBRNe and HazMat training scenarios.