What are the most common HazMat threats for first responders? 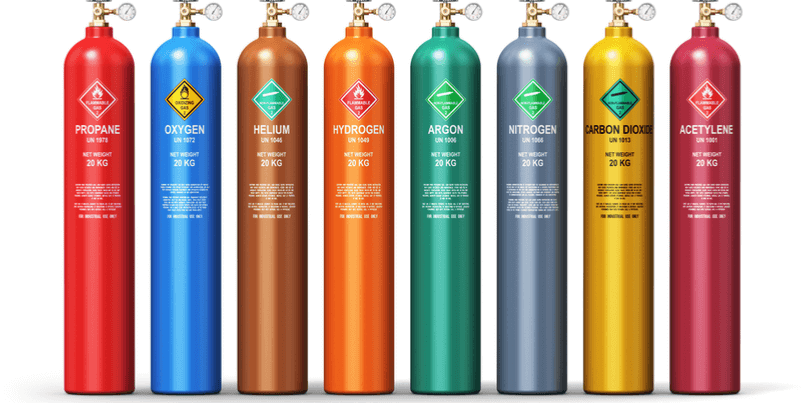 HazMat first responders are typically the first line of defence after an unintentional or deliberate release of toxic chemicals. As most first responders know, these releases can pose a wide range of physical health and environmental hazards. And when it comes to the storage, handling or transport of hazardous materials (HazMat), safety is paramount.

The US Environmental Protection Agency (EPA) defines HazMat as any substance that is potentially harmful to human health or the environment, while in Europe, the European Chemicals Agency (ECHA) states that all substances and mixtures meeting the criteria of one or more of the hazard classes in the European Regulation (EC) No 1272/2008 (or CLP Regulation) are considered hazardous.

While there are a multitude of precautions that industries will take to stay safe, in the event of accidental spillage due to a road traffic accident or as the result of an industrial incident, highly trained HazMat crews will be called on to mitigate the threat.

In this blog post we explore eight of the most common hazardous materials that first responders are likely to encounter in the event of an industrial accident or road transport incident.

The Eight Most Common Materials A HazMat First Responder Can Encounter: 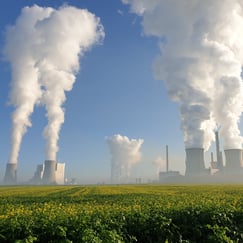 Refrigerated carbon dioxide is a colourless, odourless, non-flammable gas used to chill or freeze food products as part of the process of transport to market.

When responding to incidents where C02 is stored, firefighters and other HazMat first responders need to be alert to the possibility of leakages. A low oxygen meter should be used to determine that an area is safe for occupancy.

Chlorine is a key component in the production of key industrial and consumer products, including the vast majority of pharmaceutical production and virtually all crop protection chemicals.

It is a highly reactive and volatile substance, particularly when in the presence of heat, and is considered to be among the most dangerous of hazardous materials.

HazMat first responders need to wear the correct PPE and know how to address chlorine leak situations in the safest way possible. Real experience training can help teams practice for these situations safely and effectively.

Both the transport and storage of consumer fireworks pose a high fire risk. In the UK, the physical movement (transfer) of explosives from one place to another (excluding those moved within a site) requires a Recipient Competent Authority (RCA) document.

According to the UK's Health and Safety Executive (HSE) a licence is required from an appropriate licensing authority in order to be able to store explosives, however, depending on their hazard type, certain quantities of explosives can be kept for a short time without the need for a licence.

In the US, the Consumer Product Safety Commission (CPSC) has issued mandatory safety regulations for fireworks devices that are regulated under the Federal Hazardous Substances Act. 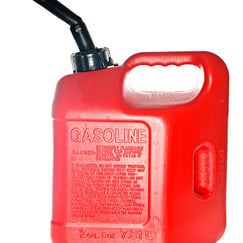 The highly flammable nature of gasoline, the ease with which it evaporates, and its explosive potential in the air, make it a high-exposure risk. Gasoline exposure can occur through the breathing of gasoline vapours, via the drinking of contaminated water, or by coming into contact with contaminated soil.

Gasoline should only be stored in approved containers and must not be handled near any ignition source.

A refrigerated liquid, Argon is most commonly used in the production of fluorescent light bulbs and in welding.

Argon is classed as neither flammable nor toxic, however it can cause significant tissue damage if it comes into contact with skin and it can be extremely harmful if inhaled. To avoid sudden releases, Argon is transported in upright cylinders.

When Argon is incorrectly transported, leaks and dangerous inhalation can occur. HazMat first responders can benefit from practical simulator scenarios that focus on correctly and safely containing Argon spills. 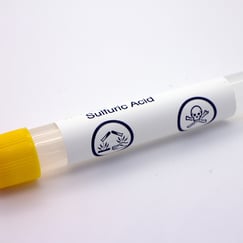 Sulfuric acid (also known as "battery acid", "hydrogen sulphate" and "oil of vitriol") is one of the most important compounds in the chemical industry. The annual production of sulfuric acid worldwide has been predicted to hit 260 million tonnes by the end of 2018.

It is a highly corrosive substance which is destructive to skin, eyes, teeth and lungs. Severe exposure can be fatal.

Propylene is a volatile, flammable gas used as a crucial product in the petrochemical, packaging and plastics industries.

It is often used in the place of propane in high-velocity oxygen fuel (HVOF) processes. Propylene gas poses a fire hazard when it is handled in the vicinity of any equipment capable of causing ignition.

Comprising a combination of propane and butane, LPG is commonly used as both a fuel (to heat vehicles and appliances) and as a refrigerant. Its mixture of hydrocarbon gases poses a major fire risk which means it must be stored in pressurised vessels.

These are only a few of the more toxic chemicals which can cause potential health and safety hazards. Employees working within industrial plants and those tasked with transporting these chemicals are at most risk, which is why the knowledge and expertise of HazMat first responders is potentially life-saving.

In the rare event of an accidental release, HazMat responders need to have the tools and understanding to quickly identify threats, contain the area, and mitigate effects.