Training for the threat of nuclear and radioactive material incidents 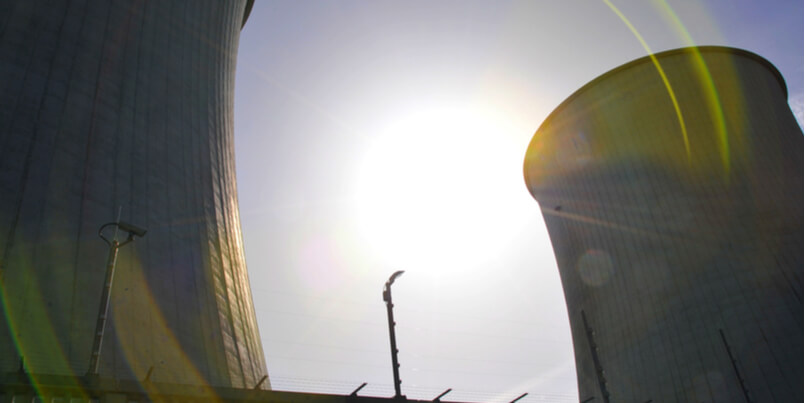 Incidents that involve the unexpected presence, the deliberate dispersal or the illegal trafficking of radioactive materials are rare.

However, for those tasked with border security, law enforcement or first response, the effectiveness with which they can identify, manage and contain a radiological hazard is crucial.

Whether dealing with the consequences of transportation accidents, major spills, trafficking or suspected terrorist activity, the actions taken in the first crucial minutes following a radiological event are pivotal.

Global security of the nuclear sector

In February of 2020, the International Atomic Energy Agency (IAEA) published the latest findings from the Incident and Trafficking Database (ITBD), which brings together voluntary submissions of radiological incidents from 36 countries around the world.

Since its foundation in 1993, the database has recorded a total of 3,686 incidents. Of these 290 were reported as being of illegal or malicious intent, 12 involved the misuse of enriched uranium and two involved plutonium.

The latest figures from the ITDB show that there were 189 confirmed nuclear and radioactive materials incidents globally in 2019, of which six were identified as involving the attempted trafficking, smuggling or cross-border sale of weapons-usable nuclear material or high activity sources.

These new results indicate a sustained downward trend in cases involving illegal or malicious intent since the peak in 2006.

However the deliberate trafficking of nuclear and radioactive materials nonetheless continues to remain a significant threat for global nuclear security.

Commenting on the most recent data from the ITDB, the IAEA's nuclear security division director, Raja Adnan, highlighted the "international character of the issue of illicit trafficking and the need for cooperative efforts."

Mr Adnan has also previously emphasized the importance of international cooperation and the sharing of best practices, particularly when it comes to nuclear security.

At the International Network for Nuclear Security Training and Support Centres (NSSC) annual meeting in March last year, he spoke of the importance of strengthening the global nuclear security framework through the coordination of "structured, systematic and sustainable" training programmes.

"We must always aim for continuous improvement to stay ahead of the threat, while endeavouring to use limited resources efficiently," Mr Adnan observed.

The role of realistic radiological training

Radiological incidents that involve the presence of radioactive contamination or a high-radiation source create an array of challenges for response personnel.

While radiological emergencies are rare, the impacts of such events can be catastrophic, so it is crucial that everyone who is tasked with using radiation detection instruments is trained to understand the readings that they obtain.

Ensuring that personnel are sufficiently trained to respond to radiological events is an ongoing challenge.

Optimum preparedness relies on the opportunity to experience a simulated environment that imitates as closely as possible the challenges and characteristics of a real life radiological event.

All too often though, radiation safety instructors can find that safety, security and budgetary considerations place substantial limitations on what's achievable in terms of the scale, realism and repeatability of radiological training exercises.

A new radiological training solution is now offering the opportunity to combine the best of virtual and real-world capability.

The Radiation Field Training Simulator (RaFTS) is a radiation training system that replicates the realities of operating against live radiation hazards whilst enabling personnel to use actual detection equipment.

The RaFTS hardware is mounted directly to the radiological detection system which in turn interfaces with the system's circuitry to recreate every aspect of real-world usage.

The quality of the output is such that the detection instrument is able to behave exactly as it would against real radioactivity, and the realism of the data that is obtained ensures that trainees can successfully test their abilities in identifying, measuring and determining the location of a radioactive source.

Preparedness and coordination are key to sustained nuclear and radiological security - and effective training has a crucial role to play.

In providing personnel with the opportunity to train with actual equipment, to experience realistic operating conditions and to participate in true-to-life scenarios, RaFTS technology offers an unprecedented level of realism.