How simulations and simulator training have amplified CBRNe capability 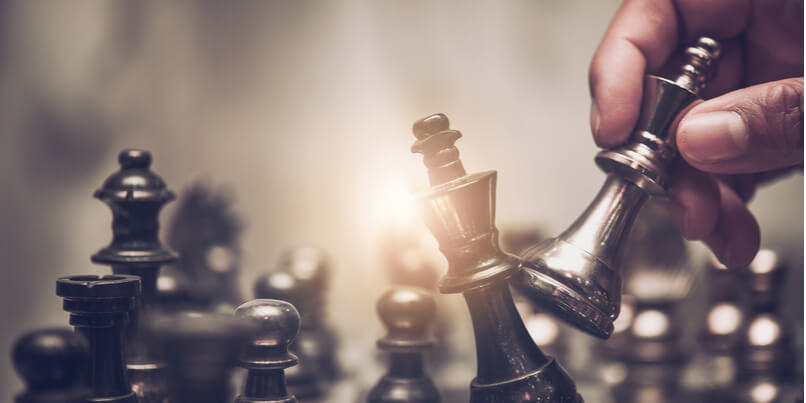 The use of simulations or 'war games' to exercise military strategic planning and to enhance operational readiness is a practice that has been in existence for many hundreds, if not thousands, of years.

The earliest documented records of war gaming can be traced back as far as the ancient Greeks in the 5th century BC, who are known to have played a skill-based board game called petteia or 'pebbles'.

By the 2nd Century BC petteia was being played widely throughout the Roman Empire, under the name of ludus latrunculorum or 'the game of little soldiers'.

Chess, which has its origins in Northern India in the 6th century AD, is an example of an early war game that combined both strategy and tactical skill.

By the mid 1700s, the fundamentals of chess would also stimulate the development of an increasingly elaborate range of new battlefield strategy games.

Perhaps the most notable of these is the genre known as kriegspiel, which was formulated in Prussia in the early 1800s and which is now widely regarded as being the 'grandfather' of modern military gaming.

The role of simulation in CBRNe training scenarios

As the use of modern weaponry has became more widespread and more destructive in its capability, military strategists have been forced to look for more 'abstract' ways to safely imitate and prepare for the realities of conflict conditions.

Today, the tools, technologies and scenarios that are used to train real-life CBRNe incidents have become increasingly sophisticated and life-like in their design.

The use of simulations and simulator detector equipment has become an invaluable addition to many military and civilian CBRNe training programmes.

One example of the way in which simulation is being used to enhance CBRNe capability is through the use of wide-area instrumented training systems such as Argon Electronics' PlumeSIM.

Using PlumeSIM technology, trainees are able to safely and effectively hone their skills in the operation of chemical and radiological equipment in a diverse variety of true-to-life threat scenarios.

For those tasked with CBRNe instruction, balancing realism with safety is a crucial consideration.

Using PlumeSIM's innovative simulator technology, the parameters of each training scenario can be rigorously selected and controlled.

Instructors are able to recreate a specific threat, to simulate plumes, deposition or hotspots, to mimic the release of single or multiple CWA, HazMat or radiological sources and to replicate  environmental conditions such as changes in wind direction.

Portability, speed of set-up and ease of use are also key factors. PlumeSIM's planning mode provides CBRNe instructors with the ability to prepare exercises in advance on a laptop or PC and without the need for any type of system hardware.

Its innovative system design allows the use of common file format map images or even 'homemade' sketches of a proposed training area.

The addition of a tabletop classroom mode also enables trainees to familiarise themselves with every aspect of the exercise before hands-on training commences.

Using simple gamepad controllers, students are able to 'move' icons of themselves around an on-screen display of the training area.

Once the virtual plume scenario has been activated, all student movement can also be recorded during the session and played back for later analysis.

In field exercise mode, trainees are provided with GPS enabled Player Units before being deployed to the external training area.

Their instructor can then monitor their location on the control base map in real-time via the use of a long-range radio communications link.

The ability to be able to record, document and review trainees' decisions and actions is a vital element in the effectiveness of a simulator training system.

PlumeSIM's After Action Review capability means trainee movement and instrument usage can be monitored in real time and can then be analysed and discussed once the exercise has been completed.

Simulator training is widely regarded for the role it plays in enhancing the effectiveness of 21st century military and civilian CBRNe capability.

With the help of simulator technology, students can train against actual threats in a realistic, safe and controlled environment.

In addition, expensive detector equipment is protected from needless wear and tear and instructors are able to monitor, assess and review every aspect of their trainees' movements and decision-making.