The role of time, distance & shielding in radiation safety training 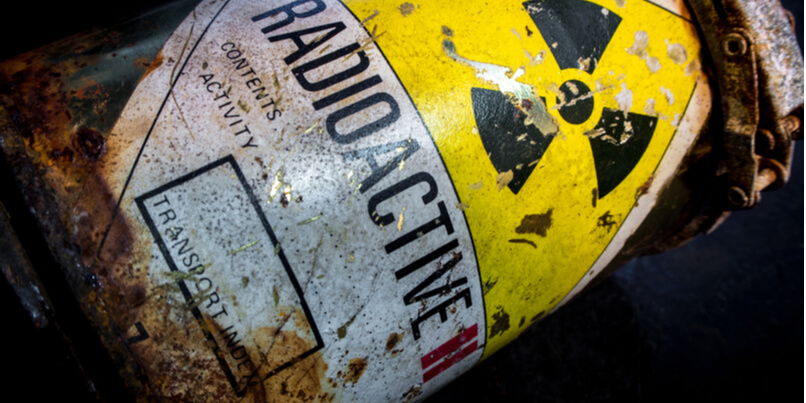 Emergency first responders face the possibility of encountering radioactive materials in even the most seemingly routine of scenarios.

It might be in the course of containing an industrial fire, or attending a road transport accident or responding to an incident within a specialist medical facility.

When measuring gamma radiation there are two specific properties that need to be classified - the activity (or strength) of the gamma source and the amount (or dose) of ionising energy that is being absorbed by the body.

Whenever the presence of gamma radiation is suspected, the readings obtained from a portable radiation survey meter will be crucial in measuring the activity of the source to aid decision-making and maintain safety.

Operational guidelines published by the UK's Chief Fire and Rescue Advisor in 2011 advise that the maximum allowable dose for all radiation workers (including firefighters/first responders) not exceed 20 mSv (2 Rem) per year, with a recommended dose constraint of 5 mSv (0.5 Rem) per each operational incident.

Furthermore it recommends a limit on females of reproductive age of a maximum of 13  mSv (1.3 Rem) within any three month period.

Where it is known that the only radiation at an incident is from a sealed source (ie that there is no contamination risk) the protection of personnel will depend upon a combination of three factors - time, distance and shielding.

An individual's potential external radiation exposure (or dose) is directly connected to the duration of that exposure, or the amount of time that they are exposed.

By limiting the time in the radiation field the amount of radiation absorbed will correspondingly reduce.

The amount of radiation an individual receives is dependant on how close they are to the source.

The inverse square law states that radiation exposure and distance are inversely related - meaning that the strength of ionising radiation from a point source will decrease with the square of the distance it travels.

The greater the distance from the source of radiation, the less the intensity of the dose. If, for example, the distance between an object and a radiation source is doubled, then there will be one fourth as much exposure.

Likewise, if the distance between the object and the source is multiplied by 10 times then the exposure will reduce by 100 times.

Radiation shielding is based on the principle of attenuation - or the degree to which a radio wave or ray's effect can be blocked or bounced with the use of a barrier material.

There are several factors that will influence the selection and use of radioactive shielding materials and the amount of shielding required will be dependant on the penetration of the dose.

Metals, for example, are strong and highly resistant to radiation damage.

Lead is especially well-suited to lessening the effects of gamma and x-rays as it has a higher atomic number.

Generally speaking, higher-density materials will be more effective at blocking gamma and x-ray radiation than lower-density ones.

In some cases though, lower-density materials are able to make up for their disparity with increased thickness.

Additionally, understanding the principles of ALARA, alongside gaining experience with inverse square law, should be basic components of first response training. These concepts are best learned through experience, which is why simulators can be powerful training tools. To learn more about radiation safety training, including best practices and the benefits of simulators, download our free guide.

It is vital that first responders have an understanding of the different environments in which radiation may be found, and that they are aware of the types of radioactive sources that may be present in those locations.

Whenever the presence of ionising radiation is known or suspected, taking steps to actively reduce the exposure time, and putting distance and shielding between the individual and the radiation source, will be crucial in managing, and minimising, risk.