What are the key features and health effects of ionizing radiation? 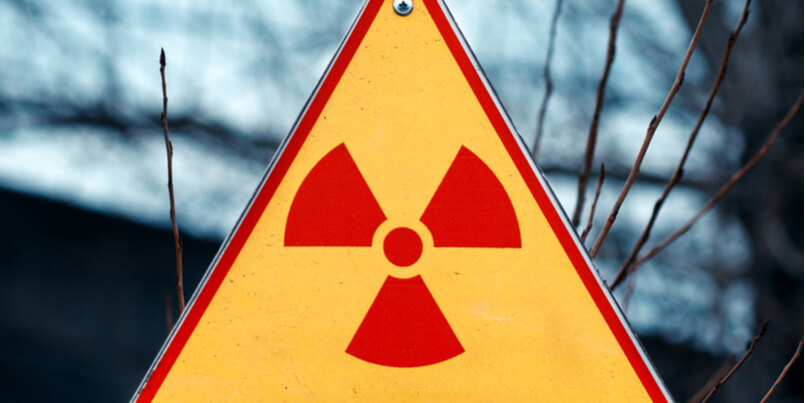 When we contemplate the possibility of responding to a serious incident involving ionizing radiation it can be hard not to summon up images of catastrophic events such as Fukushima or Chernobyl.

In reality however, emergencies that involve ionizing radiation can take a variety of forms that can vary widely in their severity.

Radiological events may be due to incidents of medical overexposure, equipment failure, transport accident or industrial misadventure - or they may be the result of a dirty bomb, a natural disaster or an intentional act of terrorism.

In this blog post we take a closer look at the features of ionizing radiation, its three main forms, how they behave and their effects on the human body.

What is ionizing radiation?

The process of ionization refers to the way in which a neutral molecule or atom either gains or loses electrons, causing it to acquire either a positive or a negative electrical charge.

When ions pass through living things they can cause serious physical damage to the atoms which can impact on human tissue and DNA.

Alpha radiation particles are positively charged particles comprised of two protons and two neutrons that come about as the result of the decay of heavy radioactive elements such as radium, polonium or uranium.

The heaviness of alpha particles means they are only able to travel very short distances, often just one to two inches. They also don't tend to penetrate very deeply into the skin and can be stopped by paper or clothing.

Alpha radiation particles are the least dangerous form of ionizing radiation in terms of external exposure, however they present a serious hazard if they are inhaled or ingested (for example due to exposure to radon gas).

While alpha particles don't typically cause radiation sickness they are known to lead to incidents of cancer.

Beta radiation particles are high-energy, fast-moving particles that are emitted by a group of unstable atoms such as strontium-90, carbon-14 and hydrogen-3.

Beta particles are about 8,000 times smaller than alpha particles and are able to travel significantly further in air, covering distances of up to 10 feet.

Their small size means they are able to penetrate clothing or skin which can result in skin burns. However because the ionizations that beta particles produce are less dense, they cause less damage to human tissue or DNA.

Like alpha particles, beta particles are most hazardous if they are swallowed (for example as the result of radioactive material entering a food or water supply) or if they are inhaled (due to being dispersed in air.)

Gamma (x-ray) radiation waves are a form of pure energy, similar to visible light, and with the ability to travel distances in excess of 200 feet.

The highly penetrating power of gamma rays (and the fact that they have no mass) makes them the most dangerous form of ionizing radiation. Gamma rays are able to pass completely through the human body, leading to systemic damage to tissue and DNA.

Gamma particles can only be stopped by extremely dense materials such as lead, concrete or steel - however several inches of lead or several feet of concrete are required to have any chance to block the effects of gamma rays.

Perhaps most crucially, Personal Protective Equipment (PPE) does not have the ability to stop the penetration of gamma radiation.

There are three key factors that determine the effects of external radiation exposure.

Time - the less time spent in the proximity of the radiation source, the lower the the exposure.

Shielding - traditional forms of shielding, such as concrete or lead, can at least partially bock external exposure to radiation, as can staying behind buildings, vehicles or large objects.

According to the UK's Health and Safety Executive (HSE) a radiation emergency is defined as an event that is likely to result in a member of the public receiving an effective dose of 5 mSv within a year of the incident taking place.

Thankfully the frequency of major radiological incidents is still comparatively rare. But what can often fuel the "fear" from a HazMat perspective is a lack of familiarity or preparedness.

For this reason, dose control tools such as survey meters, electronic dosimeters and their simulator training equivalents have a vital role to play in enabling emergency responders to understand the significance of radiation levels and to know when safety guidelines have been exceeded.