Predicting the civilian reaction to a nuclear WMD event 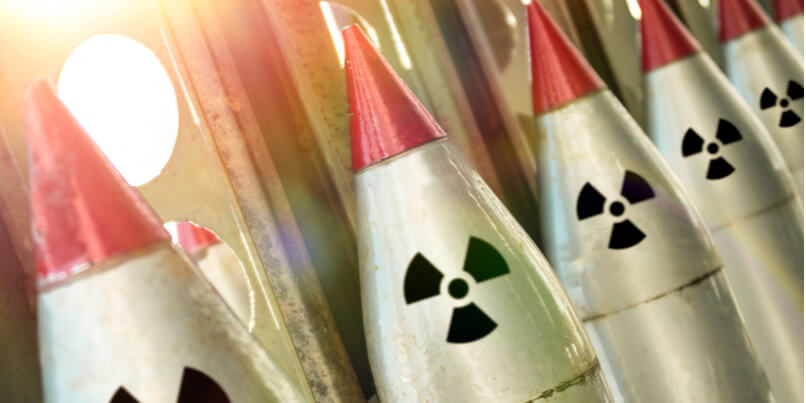 Being able to predict how civilian individuals will react within the first minutes, hours and days of a major nuclear attack could well provide a life-saving resource for government agencies and emergency first responders.

And it this specific goal that has served as the impetus for an innovative Homeland Defence and Security Information Analysis Centre (HDIAC) research project titled 'A Framework for Modelling Society Following a Nuclear WMD Event'.

In a recent HDIAC webinar for CBRN professionals, Dr William Kennedy from George Mason University provided an overview of the project's methodology, its challenges and its achievements over the past three years.

As Dr Kennedy explained, the project has sought to model the effects of a "no-notice" detonation of a small nuclear weapon of mass destruction (WMD) at 10am on a weekday morning in New York City.

In particular the aim has been to characterise the initial reactive behaviours of the individuals - both of those fleeing the area, and of those travelling towards ground zero (ie first responders and other rescue personnel making their way to the scene).

As Kennedy outlined: "To collect information, and make sense of it, we need to build a model of the individuals themselves...quantifying how many people do what...and taking into account the variations in their reactions."

But as he also stressed, modelling people is no easy task - or to quote one of the 20th century's leading particle physicists, Dr Murray Gell-Mann: "Imagine how much harder physics would be if electrons could think?"

Over the past three years, Dr Kennedy and his team have been building and refining a 1:1 agent-based model (ABM) of a civilian population residing within a mega-city - in this case recreating the geography and inhabitants of New York City and the surrounding region, covering an area of 160 miles by 145 miles.

The research team began by 'capturing' and synthesising the physical environment, its topography and infrastructure - first connecting the roads in order to create a 'skeleton' - then adding waterways, subways etc.

Using US 2010 census information, they were then able to create the individual agents (individuals), to establish the social ecology (the relationships and networks) of those agents, and to populate them within physical living spaces such as homes, workplaces, schools etc.

The project has also modelled the routine behaviours of each individual in order to establish where they would typically be at any given point throughout the day (whether commuting to or from work, at home, at work, at school etc.)

The initial three year project has received funding for a further two years - with future efforts to be focused on:

Dr Kennedy has been an associate professor at George Mason University since 2008 where he specialises in computational cognitive modelling and computational social science.

Prior to this appointment he completed a 30-year career with the US Navy, as well as ten years with the federal government Nuclear Regulatory Commission and fifteen years service with the Department of Energy.

In 2003 Kennedy was awarded a Ph.D in Information Technology - specialising in Artificial Intelligence.

It was while further continuing his studies at the Naval Research Laboratory, that his interests shifted to cognitive science - and in particular the modelling of human behaviour in agent-based models of groups and societies.

It is responsible for the collection, analysis, synthesis and distribution of relevant technical and scientific information across eight focus areas - including CBRN Defence, Weapons of Mass Destruction, Critical Infrastructure Protection and Homeland Defence and Security.

The HDIAC describes its mission as follows: "To be the go-to science and technology (S&T) and research, development, testing, and evaluation (RDT&E) leader within the homeland defence and security (HDS) community."