How to provide realistic HazMat training for the detection of CWAs 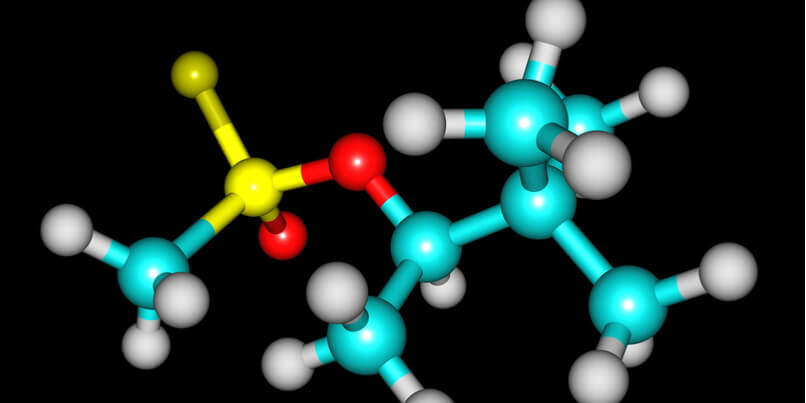 Chemical warfare agents (CWAs) are often imperceptible to the senses, they can be extremely fast acting and they are highly toxic in even the smallest of quantities, with the potential to cause mass casualties.

The effects can be immediate or delayed, depending upon the type of agent used, the method and duration of the exposure and the concentration of the chemical agent.

The Organization for the Prohibition of Chemical Weapons (OPCW) defines a CWA as “any toxic chemical that can cause death, injury, temporary incapacitation or sensory irritation through its chemical action.”

A chemical that is normally used for peaceful or commercial purposes can also be classed as a CWA if it has been used in (or applied to) the creation of chemical weapons, or if it is being produced or stockpiled in quantities that exceed the prohibitions of the Chemical Weapons Convention (CWC.)

Blistering agents (sulfur mustard, nitrogen mustard, lewisite) are toxins that are primarily dispersed as liquids or vapours. They can persist for days and cause a delayed effect, however deaths account for only a small percentage of casualties.

Choking agents (eg chlorine, phosgene, diphosgene) cause severe irritation or swelling of the respiratory tract (including the lining of the nose, throat and lungs) and in extreme cases the lungs can become filled with fluid causing asphyxiation.

Blood agents (hydrogen cyanide, cyanogen chloride, arsine) form part of a cyanide group of chemicals which enter the body via inhalation and which prevent the utilization of oxygen within body tissue.

Recognition of the global threat of CWAs dates back many hundreds of years.

The first international agreement, which banned the use of poisoned bullets in war, was signed in Strasbourg between France and Germany in 1675.

In 1874, the Brussels Convention on the Law and Customs of War in prohibited the use of poison or poisoned weapons. And in 1889 an international peace conference held in the Hague banned the use of projectiles filled with poison gas.

The Geneva Protocol was adopted by the League of Nations in 1925. It banned the use of chemical or biological agents in war but did not prohibit their production, development or stockpiling.

Today the process of eliminating CWAs is overseen by the Chemical Weapons Convention (CWC) - a multilateral treaty which entered into force in 1997 and which bans the development, production and stockpiling of CWAs.

One of the most widely deployed personal chemical detectors in use today is the Smiths Detection LCD3.3, which enables military personnel and HazMat first responders to detect a wide range of nerve, blood, blister and choking agents, as well as a variety of toxic industrial chemicals (TICs.) in vapour form.

While the detector equipment is itself relatively simple to use, it is crucial that crews experience the opportunity to train with their devices in the most realistic environments possible.

A real detector needs an actual chemical source to respond to. So any realistic training scenario that involves the use of an actual detector also requires either a controlled quantity of a live agent or a simulant in the form of vapour, liquid or powder.

As HazMat instructors know all too well however, any chemical even when it is used in the smallest of amounts, can pose a significant risk both to human health and the environment.

Chemical agents or simulants can be difficult to transport, handle and store, which creates further administrative pressure for HazMat instructors.

Having to take contaminated or damaged detectors out of service for decontamination or repair can also be costly and time-consuming, all of which impacts on operational readiness.

The use of electronic simulator detectors enables HazMat and CBRNe instructors to create realistic, hands-on training opportunities which are simple to set up, versatile in any location and easily repeatable.

The LCD3.3-SIM (known as M4A1 JCAD in the USA) for example, has been specifically designed to replicate all the operational features of the actual Smiths Detection LCD3.3 detector.

The SIM shares the same menu structure, and uses the same language support, as the original detector and can accurately replicate the effects of changing wind direction and temperature. It can also realistically simulate cumulative dose, dose alarms and depletion of sieve packs and batteries.

The LCD3.3-SIM monitors a student’s use of the instrument and provides visual reporting for both the trainee and the instructor.

A simple remote control gives the instructor complete control of the exercise, enabling variation of the level of contamination and simulation of component depletion or unit failure.

The LCD3.3-SIM is also compatible with other simulators which enables multi-detector and multi substance training to take place within the same scenario.

The deliberate use of chemical warfare agents (CWAs) within conflict situations, or as an act of terror, is a real and significant threat which can present a raft of complex challenges for those charged with first response.

The use of electronic simulator detectors in realistic, hands-on training exercises can play a crucial role in ensuring operational readiness in even the most hazardous and demanding of situations.