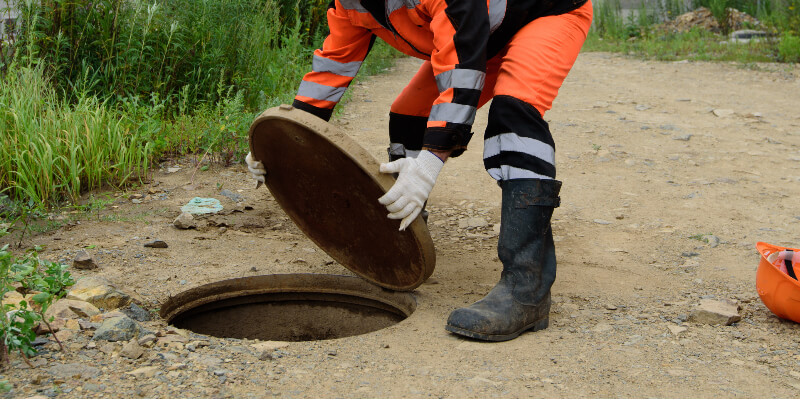 Industrial-based incidents that occur within confined space environments can pose a substantial safety hazard due to the heightened chance of personnel being exposed to toxic gases.

As several recent workplace accidents have highlighted, the risk applies both to the victims and to those who are tasked with the role of emergency response.

A widely documented incident that claimed the lives of three underground utility workers in South Florida in the US in  2017 demonstrated just how serious the consequences can be after a 34-year old pipe layer and his two “would-be rescuers” succumbed to noxious fumes while working inside a manhole on a construction site.

An August 2020 report from the Occupational Health and Safety Administration (OSHA) revealed that atmospheric testing of the manhole had identified lethal levels of hydrogen sulfide and carbon monoxide.

In all, OSHA identified ten serious violations both by the company and its contracting partner, including the failure to purge or ventilate the confined space, the exposure of workers to an asphyxiation hazard and the lack of provision of essential rescue and emergency equipment.

The report also highlighted the company’s lack of a written hazard communication programme for the worksite, inadequate entry permit documentation and insufficient training for employees in the safe performance of their assigned duties.

“The hazards of working in manholes are well established, but there are ways to make it safe.

“These employees needlessly lost their lives and others were injured due to their employer’s failure to follow safe work practices.”

In the UK, a 2020 bulletin from the Health and Safety Executive (HSE) also emphasised the importance of ensuring that confined space personnel are trained in knowing how to select the correct systems for gas detection and how to verify the effectiveness of that equipment.

The bulletin highlighted a workplace incident in which a gas detector failed to detect the presence of a flammable vapour, leading to an explosion which resulted in a fatal injury.

As the HSE report explained, the gas detector at the centre of the incident was found to have performed in accordance with the manufacturer’s specifications but was not the correct tool for the detection of the substance being measured.

According to the HSE's Chemical, Explosives and Microbiological Hazards Division (CEMHD), the detector had been used for a substance other than its calibration gas and had also not been configured to include a correction factor.

While the incident at the centre of the HSE safety alert focused on a highly flammable substance and measurement of LEL, it also highlighted the risks posed by other gases, in particular reactive gases such as H2S and NOx.

Training for the challenges of confined space entry

What is also clear is that there is the need to ensure that personnel fully understand the risks that they may face when operating in hazardous confined space environments and that they are skilled in knowing how to handle and interpret their detector equipment.

When considering options for multi-gas detector training, the use of realistic, hands-on scenarios can play a vital role in testing trainees’ skills, building confidence and enhancing preparedness.

Argon Electronics’ MultiGAS-SIM is an example of a simulator-based training tool that equips personnel for the complex challenges of operating in confined space environments.

The MultiGAS-SIM supports up to eight different simulation sensor types including O2 and LEL.

The app can also be configured to include specific simulation sensors to replicate detectors with single or multiple sensor types.

To discover how you can integrate the MultiGAS-SIM within your existing programmes of gas detection training please contact Argon Electronics’ Business Development Team to arrange a free online product demonstration.