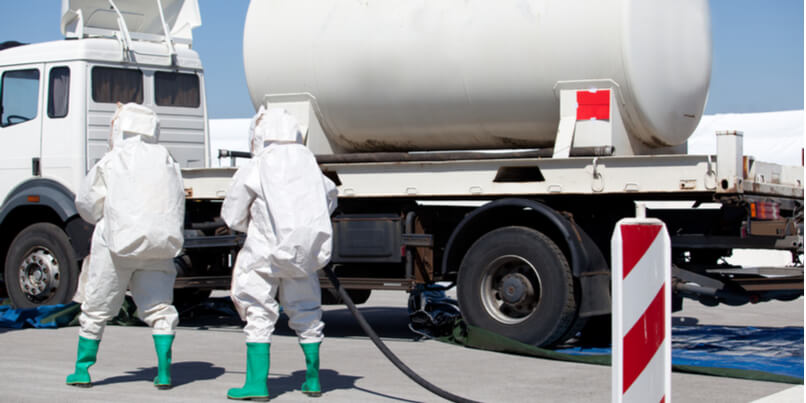 The risk of encountering a chemical, biological, radiological or nuclear explosive (CBRNe) hazard is an ever growing reality for emergency teams in the course of routine incident response.

In such situations, the extent to which they have been trained, and are confident, in the principles of CBRNe incident management and CBRNe casualty management will be of paramount importance.

When assessing the toxicity risk, for example, there are some key considerations that will influence how the event is handled. In this blog post we explore some of the common terms (courtesy of the European Commission CBRN Glossary) that are especially relevant to the management of incidents involving chemical hazards.

A chemical's toxicity refers to the ability of a substance to cause harmful effects. These effects may impact on part, or all, of an organism (whether at cellular level, on a group of cells, on an organ system or on the entire body).

The level of toxicity of any chemical is determined by its chemical structure, the degree to which the substance is able to be absorbed by an organism, and the ability of that organism to detoxify the substance and eliminate it.

The term "acute toxicity" is used to describe the harmful effects of a substance as the result of a single or short-term exposure.

"Chronic toxicity" is the result of a continuous, or repeated, exposure to a chemical substance or chemical mixture.

The toxicity of a chemical is also determined by the dose - or the quantity of that substance that is required in order to achieve the given effect.

The term "lethal dose" is used to describe a chemical or chemical mixture that has been proven to cause the death of 50 per cent or more of the individuals exposed to it.

The term "incapacitating dose" refers to a volume of chemical that has been shown to incapacitate 50 per cent or more of those to whom it has been exposed.

Chemicals that have been used, or have the potential to be used, as incapacitating agents include anaesthetic and sedative chemicals that are designed to have a degrading effect on the human brain and central nervous system.

Persistency describes the ability of a specific substance to resist chemical degradation.

The higher the degree of persistency, the longer the period of time an individual, object or area will remain contaminated.

Latency is the delay, or period or time between exposure to the chemical and the onset of symptoms.

The term high-latency indicates a longer delay between exposure and the onset of symptoms, while chemicals with low-latency mean there is a shorter delay.

The route of exposure is the means by which the chemical enters the body or organism. The most common routes of exposure are via inhalation, ingestion or skin/eye contact.

Chemical exposure over a long period of time can be especially hazardous due to the accumulation of chemicals in the body and the extent to which the body is able to repair the damage.

Some chemicals (for example formaldehyde or ammonia) don't accumulate at all.

Others (such as lead and calcium) are stored in the bone, liver or kidneys and remain in the body for longer periods. In addition there are some substances (for example asbestos fibers) that once deposited will remain in the body permanently.

Reaction and interaction are terms used to describe instances in which an individual is exposed to more than one chemical at a time.

Reaction refers to events where two or more chemicals are combined to form a new substance. In some cases, this new substance may have different properties to, or be more hazardous than, the original substance/s.

Interaction describes the way in which exposure to more than one substance may produce a health effect that is different to exposure to either of those chemicals individually.

Whenever there is the risk of chemical exposure - and whether it is the result of an accidental spill or due to a deliberate act - it is vital that that those charged with emergency response are trained to understand the characteristics and the risks of the chemical threat.

Equipped with this knowledge they will be best placed to assess the degree of contamination, to manage the treatment of casualties and to minimise the environmental effects of the chemical release.