What is the difference between HazMat and CBRNe? 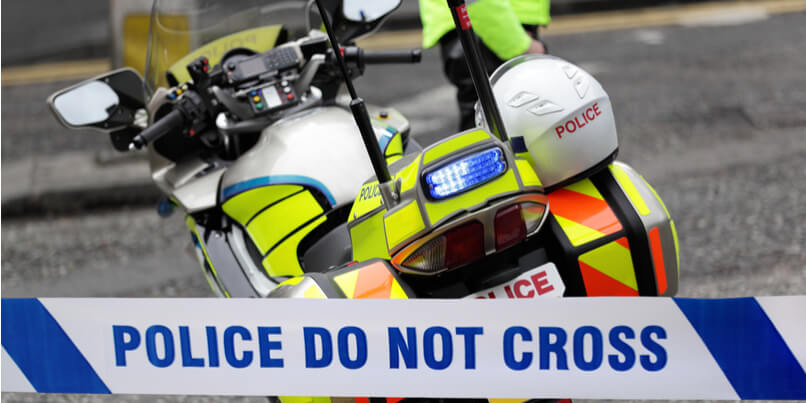 Although HazMat (hazardous materials) and CBRNe (Chemical, Biological, Radiological, Nuclear and Explosives) emergency response share certain common ground, there have always traditionally been some fundamental differences in terms of the focus, method and priorities of each approach.

While HazMat incidents may have typically comprised smaller-scale, accidental and non-weaponized events, for example, CBRNe missions have tended to be in response to the deliberate use of chemical warfare agents (CWAs), often under battlefield conditions and within the context of planned, special intelligence operations.

Increasingly however, the prospect of the deliberate release of a hazardous, weaponized, chemical material within a civilian setting is creating a new set of challenges that first responders need to be prepared for.

High profile incidents such as the two Salisbury Novichok nerve agent poisonings in the United Kingdom in March and July 2018, are a reminder that the distinction between where HazMat responsibility ends, and where CBRNe command begins, is perhaps not as clear cut as it may once have been.

In this blog post we explore some of the key historical differences between the fields of HazMat and CBRNe incident response, and we discuss how recent events involving the use of chemical weapons within civilian settings are contributing to a "blurring of the lines" between the two.

The differentiation between HazMat and CBRNe has historically been determined by the intent, risk and scope of the incident being faced.

HazMat events have tended to encompass accidental chemical releases, whether as a by-product of an incident involving hazardous cargo or as the result of an industrial fire.

CBRNe events, in contrast, have comprised deliberate or aggressive acts, and with the specific intent of inciting terror or causing physical or environmental harm.

The degree of risk involved has often served as another differentiator between HazMat and CBRNe- with HazMat incident response placing a high priority on the safety of the personnel and the public; while the misson-focus on CBRNe activities has often involved acceptance of a greater level of risk.

Where HazMat incidents may have involved an especially hazardous substance such as radioactivity, these events have typically resulted from a transportation accident or as the result of an incident at a hospital or industrial facility where a radioactive source was legitimately in use.

The events in Fukushima Japan in 2011 for example demonstrated an extreme example of a HazMat release - in this case from a nuclear power station and, at the time, second only in severity to the Chernobyl disaster of 1986.

What the majority of HazMat incidents have also had in common (and based on the assumption that the entity concerned complies with all applicable laws) is that those charged with first response have had some prior knowledge of the potential hazard that they are about to encounter.

Or in the event that emergency crews have not been forewarned, upon arrival they would be provided with sufficient information, or some visible indication, of the specific hazard.

CBRNe missions in contrast have often involved unknown or unidentified substances, with a greater emphasis on the need to identify the substance through sampling and intelligence collection.

In all, twenty-one people received medical treatment after falling ill following the poisoning of Sergei Skripal and his daughter Yulia in March this year - among them were several police officers and paramedics who were some of the first on the scene.

The Salisbury incidents are reported to have placed an "extraordinary level of demand" on the resources of police forces not only within the county but across the UK, according to Angus Macpherson, the police and crime commissioner for Wiltshire and Swindon.

Macpherson has recently reported that scores of officers continue to guard the sites at the centre of the incidents, alongside fulfilling their continuing responsibilities for day-to-day policing.

The UK government has also reportedly pledged a sum of £4.1m (USD5.3m) to Wiltshire police to cover the costs incurred.

The possibility of a deliberate use of a weaponized chemical in a civilian setting is difficult enough to contemplate. But as the modern threat becomes increasingly more terrorist-related, there is a greater probability of the location of the incident being in an area frequented by the public.

And as the range of substances used extends to nerve agents, radionuclides or biological weapons that may have once been traditionally reserved for the battlefield, the pressure is mounting for HazMat safety personnel to be able to handle a wide range of increasingly sophisticated detection technology.

While HazMat and CBRNe response may differ in intent, risk, and scope of the incident being faced, they both still depend on technology which requires in-depth knowledge and training. Additionally, there is a level of "muscle memory" necessary to ensure that responders are prepared to use their devices effectively in emergency situations. This is why Real Experience Training simulators are key to successful learning. They ensure that first responders – both HazMat and CBRNe – are faced with the most realistic training experiences possible. For examples of training scenarios which utlise these simulators, download our free guide.

With great examples of engaging training scenarios, the benefits of using simulated detectors, and how to reduce costs while improving training quality.