What are the challenges of decontamination of chemical warfare agents? 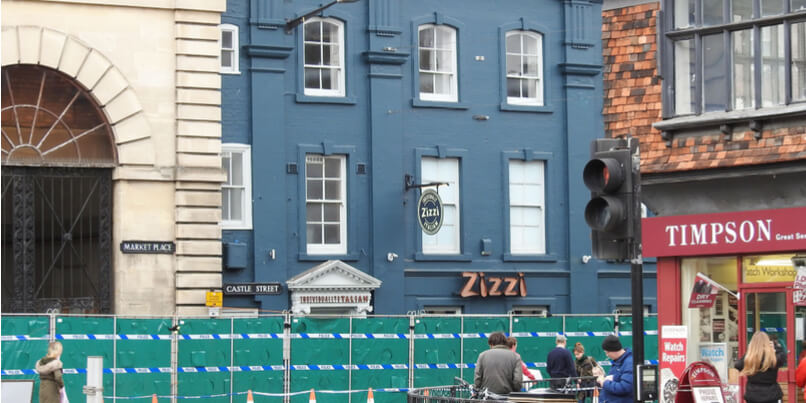 The environmental impact of incidents involving Chemical Warfare Agents (CWAs) can be long-lasting and requires meticulous and expert decontamination by chemical operations specialists.

The clean-up process also takes considerable time, as has been evidenced in the case of the Novichok nerve agent attack in Salisbury, UK in March 2018.

Nearly two months after the incident, a total of nine key sites connected to the attack remain under guard behind high-security barriers while they await specialist decontamination.

These include Sergei Skripal’s home (where the highest concentrations of the compound were found), the restaurant and pub that he and his daughter visited on the day of the incident, the police station, the ambulance station and the home of the Detective Sergeant who was first on the scene.

The agent used in the attack has been identified as the Novichok variant A-234 and is believed to have been deployed in a liquid form, which experts believe may also have increased the risk of it being spread from location to location.

Novichoks form part of a group of advanced and highly-toxic, military-grade organophosphorus compounds that have been specifically created for chemical warfare and which block and disrupt the transmission of nerve impulses in the central nervous system causing a collapse of bodily function.

Their fast acting nature, high toxicity (believed to be 5-10 times more toxic than VX), environmental persistency and imperceptibility to the senses makes the task of decontamination a challenging, high-risk and time-consuming process.

The website for the Organization for the Prohibition of Chemical Weapons (OPCW) offers the following insights on the persistency of nerve agents and the challenges this can present for effective decontamination:

According to the OPCW: “Nerve agents are easily soluble in, and penetrate many types of material, such as paint, plastics and rubber, all of which renders decontamination more difficult. If CW agents have penetrated sufficiently deep, then toxic gases can be released from the material for long periods.”

The multi-million pound clean-up exercise in Salisbury is expected to take many months to complete and will call on the specialist expertise of close to 200 highly-trained chemical operations personnel from the UK’s Army and Royal Air Force (RAF.)

The Department for Environment, Food and Rural Affairs (DEFRA) will manage the operation, in partnership with the Wiltshire Council, the UK’s Defence Science and Technology Laboratory (Dstl), Public Health England (PHE), the Department for Health and Social Care, the Ministry of Defence (MOD) and the Home Office.

DEFRA’s Chief Scientific Advisor, Ian Boyd, is chair of the decontamination science assurance group who are overseeing the work.

As Boyd explains, the decontamination of each site will involve testing to categorise the level of residual contamination, followed by the removal of affected items, chemical cleaning and then further retesting. The clean-up crews are also expected to take soil samples for further analysis.

According to the Wiltshire Council’s Director of Public Health, there have been no further cases of reported illness since the incident was first discovered on March 4th.

However DEFRA has advised that the nerve agent can be slower to degrade in certain environments, which means there may still be concentrations of chemical “hotspots” in some locations that could present a potential health risk.

Says Boyd: We have to make an assumption that in certain circumstances there will be relatively high concentrations, probably in very, very specific locations, which could be at levels that could be toxic to individuals.

“Our approach is based on the best scientific evidence and advice to ensure decontamination is carried out in a thorough and careful way. Our number one priority is making these sites safe for the public, so they can be returned to use for the people of Salisbury.”