CBRN Training Tools: How to Compare the Latest Technology 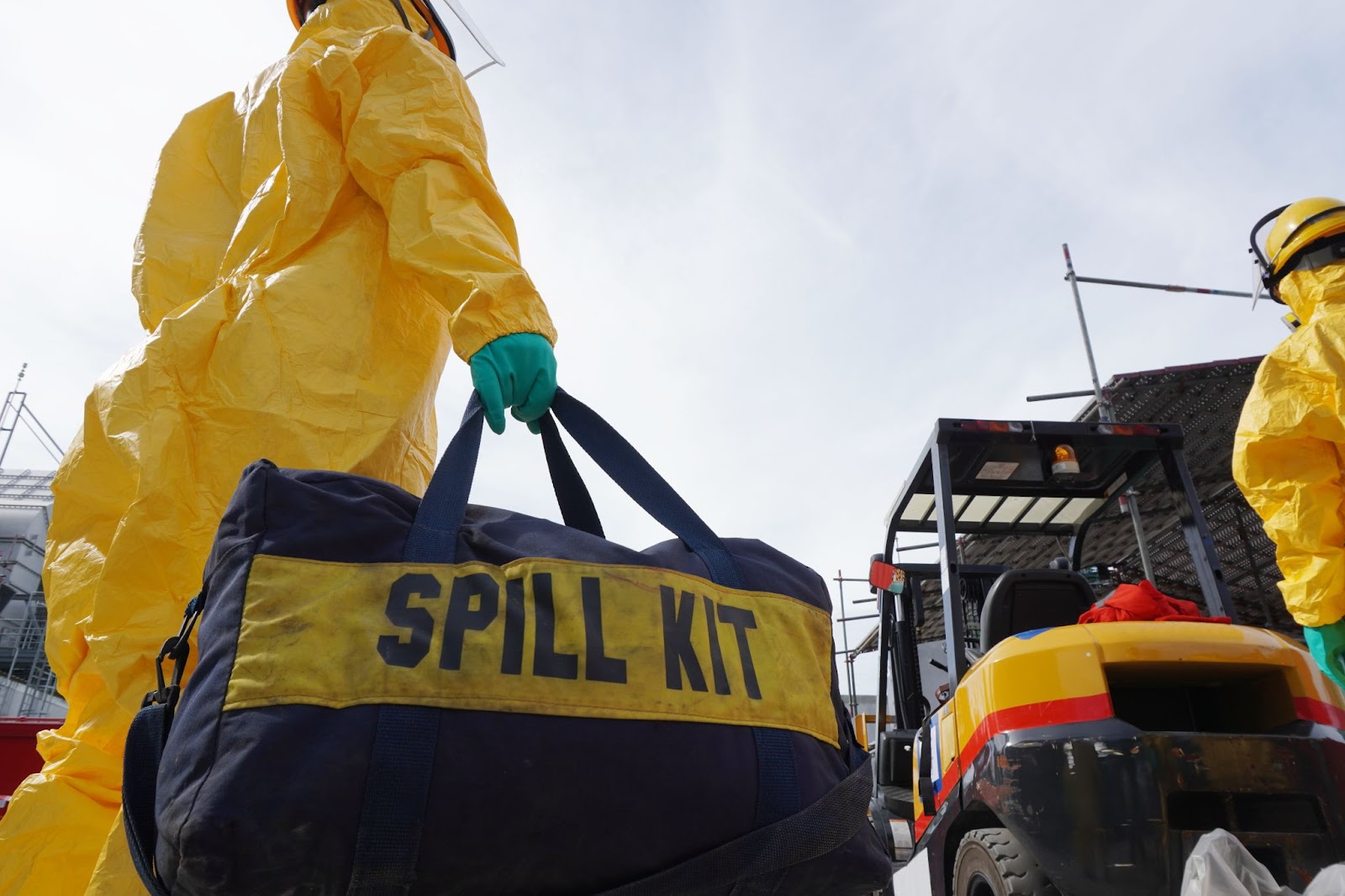 END_OF_DOCUMENT_TOKEN_TO_BE_REPLACED

The CBRNe Convergence 2021 is thrilled to be returning after last year’s hiatus. This edition of the event will be taking place in Orlando, Florida from 2–4 November 2021. The event will host three full days of conferences, workshops, and exhibitions. Click here to register.

END_OF_DOCUMENT_TOKEN_TO_BE_REPLACED

How to achieve powerful learning outcomes with CBRN simulator training

Chemical, biological, radiological or nuclear (CBRN) incidents, by their very nature, are deliberate and malicious acts designed to invoke harm or fear through an intentional attack or threat.

While such events remain thankfully rare, when they do occur there is the vital need for a robust and decisive response.

END_OF_DOCUMENT_TOKEN_TO_BE_REPLACED

How chemical profiling is aiding the investigation of CWA crimes 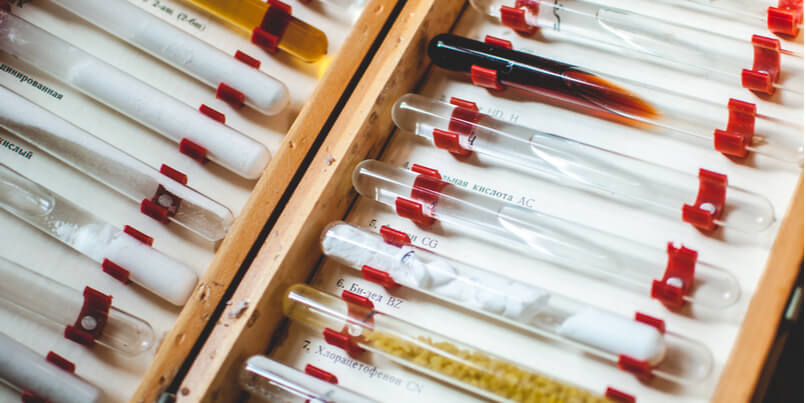 It is twenty-six years since the Japanese terrorist group Aum Shinrikyo released the deadly nerve agent sarin in a series of five coordinated attacks on Tokyo's subway system.

Twelve people lost their lives in the aftermath of the incident on March 20th 1995. More than 5,000 civilians required medical attention, with some fifteen-hundred found to have been moderately to severely poisoned by the effects of the toxin.

Subsequent analysis of the harrowing events of that day would reveal a number of key lessons which continue to inform and guide authorities, responders and medical teams in their preparedness and response to chemical incidents.

END_OF_DOCUMENT_TOKEN_TO_BE_REPLACED

The role of simulation in countering chemical threats

Since it first came into effect in April 1997, the Chemical Weapons Convention (CWC) has set out to eliminate the use of chemical warfare agents by prohibiting their development, production, acquisition and stockpiling.

According to latest figures published by the Organisation for the Prohibition of Chemical Weapons (OPCW), approximately 98% of the world's declared chemical weapons stockpiles are currently believed to have been destroyed.

END_OF_DOCUMENT_TOKEN_TO_BE_REPLACED

The new technologies protecting against CWA exposure on the battlefield 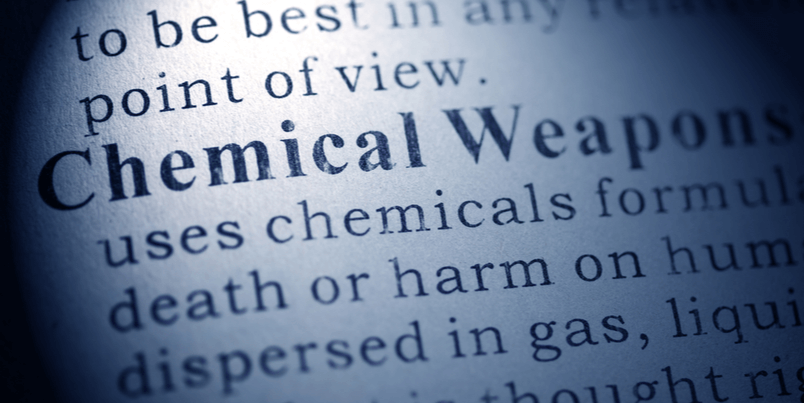 Maintaining combat readiness is a vital requirement for military personnel who are deployed to potentially environments where there is risk of exposure to chemical warfare agents (CWAs) or toxic industrial chemicals (TICs).

The development, production and use of chemical weapons continues to remain a significant global concern, due in no small part to the wide availability of the active substances that are used to create them and the relative ease with which the methods or recipes for CWA production can be obtained and shared online.

END_OF_DOCUMENT_TOKEN_TO_BE_REPLACED 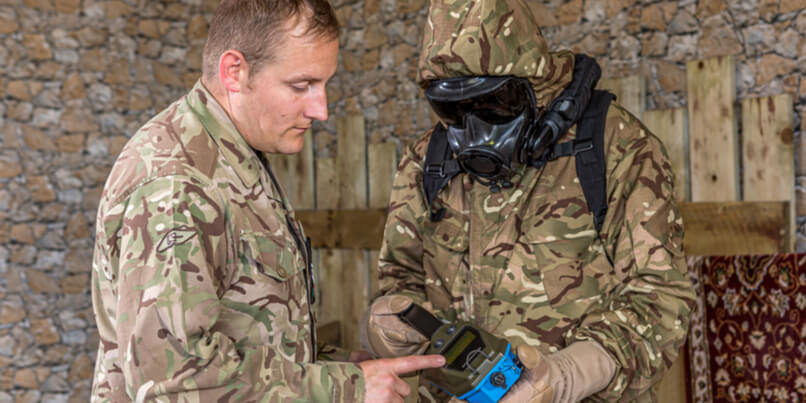 Regular and rigorous training has a hugely important role to play in ensuring that military personnel acquire the essential knowledge, experience and practical skills that their demanding roles require.

The invisible and intangible nature of many chemical, biological, radiological and nuclear (CBRN) threats however can make them especially challenging to train for, and especially so when it comes to the conducting of effective chemical agent detection.

END_OF_DOCUMENT_TOKEN_TO_BE_REPLACED

What are the most common types of chemical warfare agent (CWA)?

Chemical warfare agents (CWAs) are highly toxic chemicals that have been used in modern military conflicts dating back to the First World War.

In the last couple of decades however, particularly close attention has been paid to the acute and chronic health effects associated with exposure to these agents.

In this blog post we define five of the most common forms of CWA, their methods of dispersal, their modes of action and their effects on the human body.