The importance of radiation safety- what CBRNe crews need to know 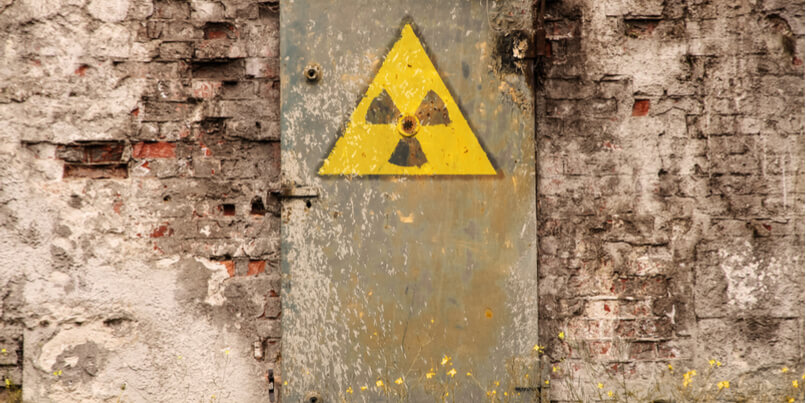 Ionizing radiation is an invisible force that is constantly around us, whether it be in the form of man-made radioactive materials such as medical radiotherapy or nuclear fuels, or in harmless naturally occurring radioactive sources (NORMs) that can be present in such things as foodstuffs, in the ground beneath our feet and within our own bodies.

In the US and UK, the amount of radiation that civilians are exposed to in their daily life generally falls well within safe parameters for annual individual radiation exposure (approximately 0.62 rem, or 620 millirem annually, in the US and approximately 270 millirem per year in the UK.)

But for military personnel or emergency teams, who may be called upon to respond to a range of unpredictable and potentially hazardous radiological incidents, the possibility to be exposed to high levels of ionizing radiation presents a much more serious threat.

The potential threats of radiation exposure can be many and varied - from occupational exposure in the course of civilian radiation operations (such as radiopharmaceutical incidents, hospital irradiator incident or industrial radiography) through to accidental release, illegal disposal or large-scale radiological events.

In this blog post we explore three elements of radiation safety - the units of measurements used to measure radiation exposure, the effects of radioactivity on the body, and the three key factors that will determine an individual’s exposure to ionising radiation.

Different units of measure are used depending on what aspect of radioactivity is being measured, whether it be an individual’s personal radiation dose or a measure of the biological risk of exposure to radiation.

The radiation dose absorbed by a person, for example, is typically measured in units of Gray (Gy) which is a simple measure of the energy deposited per unit mass of tissue.

To measure the biological effect of an exposure, the unit of sieverts (Sv) is commonly used - or in some countries Rems or Rads - which are also the units typically found in most radiation dose meters. However, because a sievert is extremely large, the dose is often measured in terms of thousandths of a sievert - or millisieverts.

The Effects of Radiation

Exposure to radioactivity can be defined as when part, or all, of the body is irradiated. It can occur in a wide variety of situations, from very short term exposure to a high dose rate radiation field, to radioactivity being deposited externally directly onto skin or clothing, to radiation being taken in internally as the result of inhalation, ingestion or via an open wound.

Being exposed to very high levels of radiation can result in Acute Radiation Syndrome (ARS), which in some cases can occur within a matter of seconds of coming into contact with a source of radioactivity.

Initial symptoms of ARS can include mild headache, vomiting, increased body temperature and an altered level of consciousness.

When determining the potential impact of an individual’s exposure to ionizing radiation, there are three factors that play a key role:

Time: The longer an individual is exposed to radiation, the higher their personal dose will be. So any reduction in the time of exposure will reduce the dose proportionally.

Distance: Inverse Square Law dictates that a specific physical quantity, or intensity, is inversely proportional to the square of the distance from the source of that physical quantity. So the greater the distance between an individual and a radioactive point source, the lower the dose will be.

Shielding: Inserting an appropriate shield between an individual and a radiation source can greatly reduce or in some cases even eliminate the dose received. So solid materials such as lead or concrete, or liquids such as water, can all act as shields to absorb the energy of radiation.

For military personal or first responders who are tasked with attending and containing radiological incidents, the risk of exposure to high levels of ionizing radiation is genuine and palpable.

As we have explored in this blog post, having an understanding of the risks and of the steps to take to avoid exposure, will play a vital role in ensuring personal safety as they carry out their duties.