If 2013 is an average year, then odds on there will be a serious radiation incident resulting in major injury or death. There have been over 200 in the last 50 years. Often, the first sign of the problem is when someone turns up at A&E.

Radiation is a hidden threat. You can’t see gamma rays. They could be part of a ‘dirty bomb’, an Improvised Nuclear Device or a hidden source of radiation. Eleven trainee border guards in Georgia from 1996-97 were exposed to twelve abandoned and hidden radiation sources with symptoms unrecognised by doctors for months.

Radiation and the Inverse Square Law

For any of us, apart from shielding, two key factors affect our exposure to radiation: duration, and distance.

Duration: If our exposure time is halved, then our radiation dose is halved. 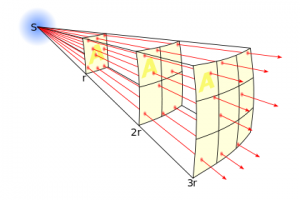 The mantra of ‘failing to prepare is preparing for failure’ has never been truer than here.

At Argon Electronics, we have been helping people all over the planet to prepare for radiation leaks with our training simulators. Working with the world’s leading detector manufacturers, we’ve produced the RDS -200-SIM, an extremely realistic gamma survey simulator that mimics the real Mirion RDS200 detector. This device is ideal for deployment in realistic training scenarios, where instructors can demonstrate the Inverse Square Law and the principles of shielding, and responders can learn how to protect themselves and the public.