The symptoms of radiation exposure 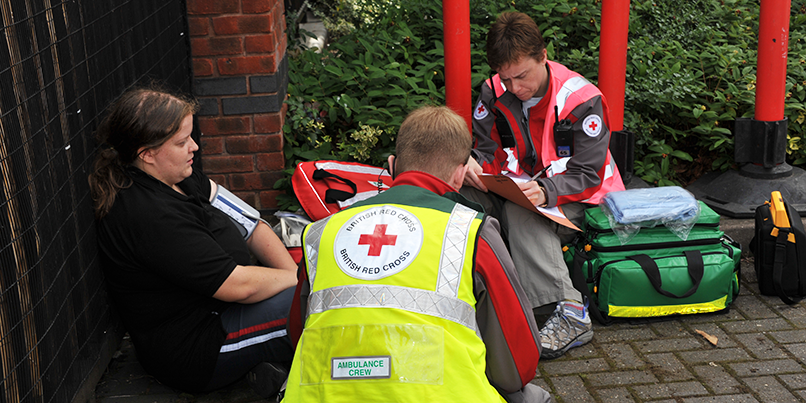 Radiation is invisible, odourless and tasteless. It is constantly around us – from natural radiation in the air, from cosmic rays, in the earth and building materials, to man-made radioactive materials such as medical radiotherapy or nuclear fuel used to power nuclear power stations.

Modern health and safety laws require all nuclear and other major sites to have regularly updated and exercised emergency plans. According to information published on the UK Health Protection agency website, there is one serious radiation incident which results in death or major radiation injury worldwide every year.

According to the UK Health Protection Agency, “an exposure (to radiation) occurs when all or part of the body is irradiated” and “a person is contaminated when radioactive material is deposited on skin and/or clothing (external contamination), or into the body (internal contamination) by inhalation, ingestion (hand-to-mouth, food, drink), or absorption via a wound.”

The three key factors that affect the level of radiation exposure are duration, distance and shielding. The less time a person has been exposed to radiation the less dosage he or she is likely to absorb. It is totally the opposite with distance – the greater the distance from the radiation source, the lower the level of exposure.

Depending on the type of radiation, the effects on the human tissue differ. For instance, the so-called alpha particles and neutrons are more damaging than beta particles. Also some human organs are more sensitive to radiation than others and exposure is almost never the same throughout the body.

Although radiation accidents can cause partial body injury, people who have been externally exposed to high levels of radiation of all or most of the body can develop Acute Radiation Syndrome (ARS) in some cases within seconds. The initial symptoms of ARS aren’t specific and are not life threatening but they can include mild headache, vomiting, altered level of consciousness and increased body temperature.

Exposure to high levels of toxic radiation is not something we can expect in everyday life. However, on the rare occasion of a radioactive incident, responders need to ensure that they are trained in radiation safety so they recognise the symptoms and can prevent a risk to health.