Observations from the CBRNe Summit Europe 2019 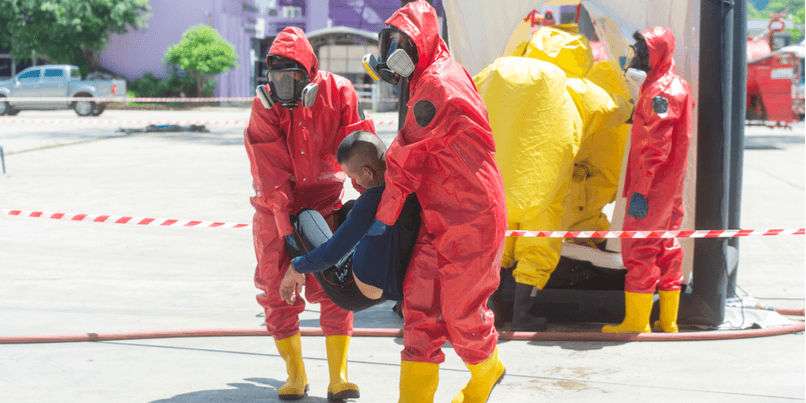 In April 2019 Birmingham played host to the largest gathering of CBRNe officials in Europe at CBRNe Summit Europe 2019.

For those who attended, the three-day event offered the opportunity to hear analysis on the CBRNe threats currently facing the UK, to get an overview of European military CBRNe capabilities and to gain better understanding of first responder techniques in the event of a terrorist attack.

CBRNe terrorism can be defined as the actual or threatened dispersal of a CBRNe material for criminal or malicious intent.

That threat can include any release of chemical hazards that is carried out deliberately or that is suspected to have been carried out with deliberate intent. It also includes the dispersal of any biological infection that is confirmed to have not occurred spontaneously.

The UK Government's CT strategy (CONTEST) seeks to reduce the threat of terrorism, and the UK's vulnerability to it, through a variety of measures:

Included in the schedule for this year's CBRNe Summit Europe was a presentation by Deputy Chief Constable John Campbell QPM, the CBRN lead for the UK National Police Chief's Council, who provided an overview of the UK's CBRNe resilience programme.

This Home Office led counter terrorism strategy aims to ensure quick and effective response in the event of a terrorism incident, with the focus on saving of lives and minimising the impact on property and the environment.

John's presentation also offered some fascinating insights on the UK's emergency response to the Salisbury and Amesbury nerve agent incidents, which have been the subject of national and international headlines since March 2018.

After plotting an initial timeline of events, he went on to provide a detailed description of the UK police response, the impact that the event had at the time and the impact that it continues to have on those living in and around the Wiltshire community.

The importance of inter-agency cooperation

A specific focus of John's presentation was on the importance of inter-agency cooperation and the role that it played in the resolution of the Salisbury incident.

As he explained, the initial response and the command of the local operation was overseen by the Wiltshire Police, who also took responsibility for coordinating the multi-agency response and in playing an active role in the recovery process.

The investigation itself however, was led by the Counter Terrorism Police, the collaboration of UK police forces that works in cooperation with the UK intelligence community.

Also making a key contribution to the investigation were the National CBRN Centre who took on the role of coordination and who offered specialist advice and logistics - and the National Police Chief's Council (NPOCC) who provided additional mutual aid.

CBRNe threats are recognised as becoming a more frequent occurrence in major cities across Europe and worldwide. The efficiency with which civil and military agencies can respond to major incidents, and the effectiveness with which they can resolve those situations is key.

As an attendee at CBRNe Summit Europe it was encouraging to see the extent to which the UK is equipped and prepared to respond to potential threats or attacks.