Could micro reactors be the answer to the carbon-emissions crisis? 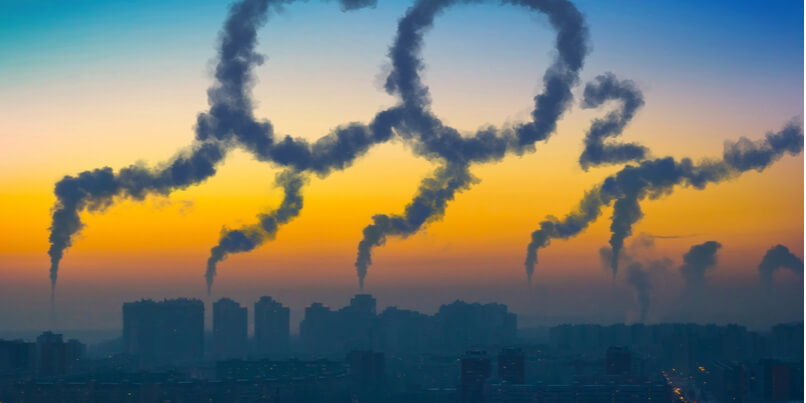 Seventy years ago, electricity was generated by a nuclear reactor for the very first time at the EBR-I experimental station on the outskirts of Idaho, USA.

Three years later, in Obninsk Russia, a nuclear power station would go on to produce the world's first ever electricity for a power grid.

Through the 1960s and 70s many more nuclear reactors were constructed all over the world, with many countries envisioning a future of cheap and emission-free electricity.

There is little doubt though that the advent of catastrophic incidents such as the Chernobyl disaster in 1986 and Fukushima in 2011 led to a growing feeling of public distrust in the safety and feasibility of nuclear energy.

In addition the industry has also had to contend with increasingly stiff competition from other cheaper types of energy including natural gas, solar and wind.

The quest for carbon-neutrality

Over the past decade many countries have chosen to scale back their nuclear energy programmes - or to put a stop to them altogether.

Today nuclear energy accounts for a relatively small proportion of the total global energy output, with nuclear power providing just 11% of the globe's electrical power supply, compared with the 17.6% which was recorded at its height in 1996.

But with the growing pressure of global warming and the drive to meet carbon-neutrality goals, some believe that nuclear power could hold the key to delivering a reliable, sustainable and cost-effective carbon-free energy solution.

In the US, one company has been re-envisaging its whole approach to the provision of nuclear energy by "thinking small."

NuScale has been focusing its attention on the creation of small modular reactors (SMRs) - or micro reactors - that take up just one-percent of the space of a conventional nuclear reactor, are cheaper to produce, simpler in their design and that are virtually impervious to the risk of meltdown.

By stacking together up to a dozen of these pre-fabricated SMRs, NuScale's designers say it will be possible to create an entire power plant that can be factory-assembled and sent whole to a construction site.

The SMR's simpler, downsized design also aims to reduce risk in a variety of ways. In the event of an accident for example, the SMR's smaller core is expected to produce much less decay heat which will protect the core from the risk of meltdown.

Engineers have also eliminated the need for pumps that are normally required to drive cooling water through the reactor core. Instead the SMR will rely on the power of natural convection.

Choosing to make the reactor smaller is expected to bring with it some compromises in terms of economies of scale.

In contrast to a conventional reactor for example, which produces around a gigawatt of power, NuScale's SMR would extract less energy from every ton of fuel, generating something closer to 60 megawatts.

But the plant's reduced size is also expected to offer some advantages.

The customisable nature of the SMR plant could make it a useful tool to support the electrical grid in smaller, developing countries.

There is also the potential for it to plug the gaps in the delivery of other forms of renewable energy such as solar or wind power where output can often be inconsistent.

To demonstrate that the SMR will behave as predicted, and to validate the integrity of the computer programming, NuScale has built a full-size mock-up of the upper section of one of its reactors.

From concept to reality

So how close are we to seeing these new micro reactors put to practical use?

NuScale has already secured its first customer - the Department of Energy's lead nuclear energy lab, Idaho National Laboratory - which intends to use the SMR modules to support its ongoing research, to supply the lab with power and to feed the electrical grid.

Construction at the DOE's Idaho plant is scheduled to begin in 2023 and to be completed by 2027.

Currently NuScale is the only company in the US that has sought to license and build an SMR.

Global interest however is growing however. Similar small reactor projects are also believed to be underway in China, South Korea, Russia and Argentina.

In the UK meanwhile, a consortium led by Rolls-Royce has recently announced plans to construct up to sixteen micro nuclear plants in the Midlands and North of England over the next five years.

The company's SMR group, which includes the National Nuclear Laboratory and the building firm Laing O'Rourke, is hoping to plug what it describes as the "nuclear-sized hole opening up in the energy network."

Time will tell of course as to just how successfully SMR technology can be taken from concept to reality.

But if key players such as NuScale and Rolls-Royce are able to deliver their new plants as planned then this could well have a significant role to play in tackling the substantial global carbon emissions challenge.