Is Level A still the best PPE choice for HazMat professionals? 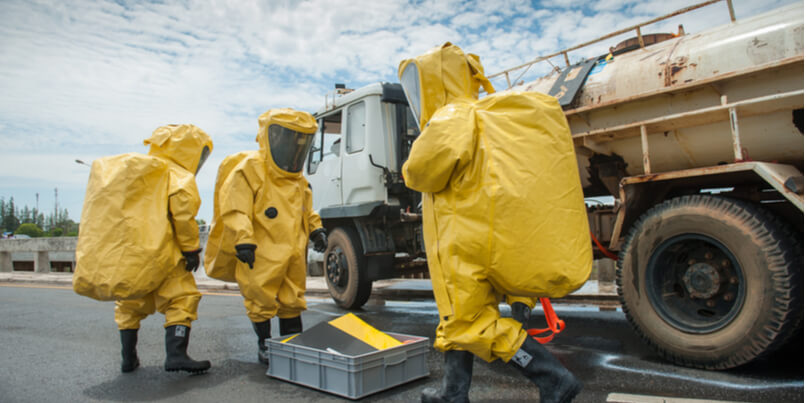 For the last thirty plus years, the HazMat training community has looked to Level A personal protective equipment (PPE) as the best way to safeguard HazMat specialists and first responders when handling chemical incidents.

But is Level A protection always the best choice? And are there some situations where Level A might actually be causing more harm than it does good?

These were just a few of the questions that were raised in a recent podcast interview on the online HazMat forum The HazMat Guys, featuring personnel protection expert Jeff Stull from the 'Rethink Level A' campaign.

Level A all the way?

Stull has more than thirty-five years' experience in HazMat, including working with elite response teams within the US coastguard. And in the podcast he puts forward some compelling arguments for rethinking the current reliance on Level A protection.

As he explains: "At the time, we were trying to have the best PPE...and we thought that we had to protect against everything. We developed suits with commercial companies and they came out with this high tech stuff - and that's how we got the encapsulating suits that we're using today.

"But since then we've learned that, just like everything else, HazMat's gotten smarter. They are better trained, they have better awareness and they've got better tools."

PPE clothing relies on material integrity that keeps out vapours and liquids - and the high-tech and totally encapsulating nature of Level A has long been believed to offer the highest level of protection.

All PPE however constrains your ability to sense and feel.

And, as Stull argues, the encapsulating nature of Level A protection can mean there's more risk of operators being prevented from doing their job than there is of them being exposed to the chemical.

Heat stress is a major concern - as is impaired sensory awareness which can lead to physical mishaps.

If you're concerned about tripping, about getting into a small space, or about running a monitor, he says, then you're being distracted from your true focus of mitigating and assessing the scene.

Stull also raises the point that it is not just specialist HazMat teams who are using Level A.

As he explains, Level A was originally the standard for CBRN protection - but these days the same equipment is also being used by non-specialist personnel (such as law enforcement, DoD etc) who often prefer a more user-friendly form of PPE.

Stull believes it's important not to underestimate the role that response tactics have to play when it comes to monitoring the scene and limiting exposure.

The ability to manage the environment, to control the way in which people enter that environment, when they go in and how long they stay there are all significant factors, he says.

Mobility, manoeuvrability and functionality are vital for safe and effective mission response - but, says Stull, this isn't always achievable when wearing an encapsulating suit.

And that's why, he says there's been a shift towards the use of more form-fitting clothing that offers personnel the level of chemical protection they need but that also gives them the ability to access confined spaces, to safely negotiate uneven ground - and even to climb up and down ladders.

Naturally, he says, not all form fitting suits are created equal. Many manufacturers still choose to focus on the material, but it's also about the design, the seal and the interfaces. Chemicals will always take path of least resistance, so the integrity of the sleeves, zipper, the face seal, the boots are all key.

Choosing the appropriate PPE for the given task and the given situation is crucial for increasing responder safety.

And given that HazMat teams have so much training, awareness and technology at their disposal - there is a compelling argument for giving personnel a greater choice of clothing that reflects that advanced level of training and capability.

By offering HazMat teams with protective wear that's more form-fitting, says Stull, HazMat teams can focus their energy on what's important, they can work faster and they can limit their exposure.