A guide to the early history of radiological survey tools 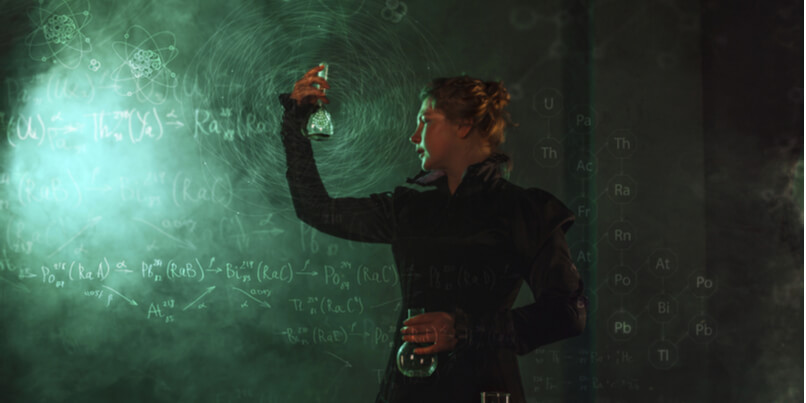 Our understanding of the nature and effects of ionising radiation, and the subsequent development of radiation detector equipment, owes a great deal to the groundbreaking scientific endeavours that took place in the late 19th and early 20th centuries.

The power of radiation was first brought to the world's attention in 1896 when German mechanical engineer and physicist Wilheim Roentgen revealed the first ever examples of x-ray photographs.

That same year, French engineer and physicist Henri Bequerel would also publish his findings on the evidence of radioactivity (a term coined by his student at the time, the eminent physicist Marie Curie).

In 1897 British physicist Joseph Thomson announced his discovery of the electron, going on to publish further extensive research into the operational characteristics of ionisation chambers.

The discovery of the radioactive elements polonium and radium by Nobel prize-winning physicists Marie and Pierre Curie would prove pivotal in 1898 - as did Ernest Rutherford's research on the nature and characteristics of alpha, beta and gamma rays, published in 1903.

German physicist Hans Wilheim Geiger was the inventor of the first successful detector of individual alpha particles in 1908, with later versions of his design being used to count beta particles and other forms of ionising radiation

Meanwhile, Scottish physicist Charles Thomas Rees Wilson is remembered as the creator of the world's first cloud chamber, released in 1911.

The rise of radiation safety

These many discoveries, and more, transfixed the world's scientific and medical communities, as physicists and doctors raced to find ways to harness the penetrating properties of radiation.

But what also became apparent from very early on was that there was much to learn about the risks to human safety.

Within a matter of months of Roentgen's release of his research into x-rays, scientists were reporting their "poisonous effects" including incidents of severe burns, hair loss and ulcerated skin.

Over the next couple of decades many more radiological investigators and physicians would go on develop symptoms of radiation poisoning, with more than a hundred believed to have died as a result of their exposure.

It was thanks to these regrettable early experiences however that awareness of the importance of radiation protection came to the fore - and the science of what we now know as 'radiobiology' was born.

The development of electronic survey meters

Key advances in electronics in the early to mid twentieth century had an especially significant part to play in the development of the electronic survey meters in use today. These included the invention of the count rate meter (1937), miniature electrometer tubes (1938), photomultiplier tubes (1945) and the transistor (1947).

Prior to the Second World War only a handful of companies were known to be involved in the production of any type of commercial available radiological instrumentation - an example of which was Victoreen and its production of the ion chamber.

However the implications of events such as Operation Peppermint, the first atomic tests in the Pacific in 1946 and 1947, the development of the US weapons programme in the 1950s, and the growth of the nuclear power industry would all prove pivotal in spurring the design and manufacture of new forms of electronic radiological instrumentation.

For anyone who is tasked with working with, or alongside, a radiological source, having the ability to measure and monitor the levels of radiation around them is crucial.

The continuing development of modern day radiation detection equipment is an integral and indispensable contributor to radiation safety, be it in the context of industry, defence, radiological medicine or emergency response.

There is little doubt too that the significant radiological discoveries of the late 19th and early 20th century paved the way for our understanding of ionising radiation - and that they provided the foundation for the research, development and production of radiation detection equipment.