The diverse applications of radioisotopes in modern-day industry 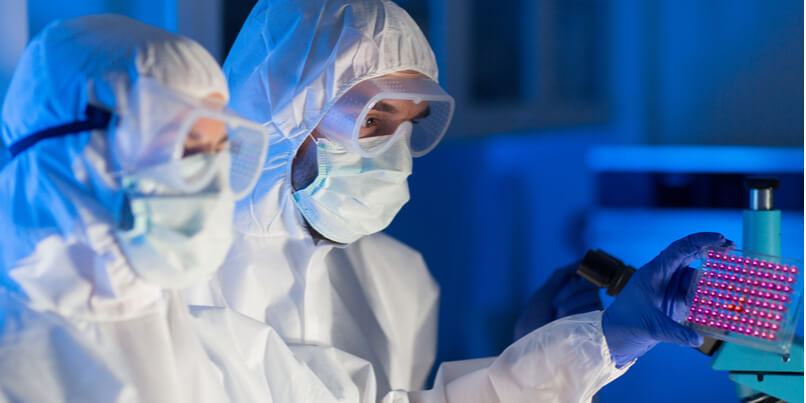 The ability to predict, recognise and identify the presence of potentially hazardous levels of ionising radiation in even the most "routine" of locations is a crucial skill when responding to HazMat or CBRNe incidents.

While it is not always possible to know exactly which radiological hazards may be involved in any given situation, the environment or location of an incident can often provide vital clues as to the type and quantity of radiological material that is likely to be present.

The variety of settings in which radioisotopes are put to use is surprisingly extensive - with safe quantities of radiological materials being utilised in sectors as diverse as agriculture, mining, food production, manufacturing, construction, oil & gas, molecular biology and nuclear medicine.

In this blog post we provide an overview of the history, nature and modern-day applications of radioisotopes - and the many "everyday" environments in which they may potentially be encountered by those tasked with emergency first response.

An overview of industrial isotopes

Each radioisotope has its own unique properties which makes it a useful tool in solving a specific problem.

Broadly speaking, industrial isotopes fall into two sub-categories: those which are naturally-occurring (of which there are only a few) and those which are artificially-produced.

Examples of naturally-occurring isotopes include:

Among the variety of artificially-produced radioisotopes are:

Early discovery and development of isotopes

For well over a century, scientists have understood that many of the earth's elements occur in different atomic configurations or isotopes - and some of these possessed radioactive qualities.

The existence of naturally decaying atoms, or radioisotopes, was the subject of much contention within the global scientific community until the early 1920s, when Francis Aston's Nobel-prize-winning experiments in mass spectrography and his reinterpretation of atomic theory formulated what was described as "a new atomic paradigm."

Research into the nature and characteristics of radioisotopes reached another crucial milestone in the 1930s with Ernest Lawrence's invention of an improved version of the particle accelerator, known as the cyclotron.

Scientists soon discovered that by bombarding different materials with cyclotron-produced high energy beams it was possible to obtain small quantities of artificial radioisotopes.

Radioactive materials have a key role to play in the inspection of metal parts and the integrity of welds, using industrial gamma radiography to inspect critical internal components for defects.

Within manufacturing, radioisotopes act as industrial tracers to monitor filtration and the flow of fluids, to locate leaks, to gauge wear and to monitor the corrosion of equipment.

In the oil and gas industry, radiotracers are used to determine the extent of oil fields, to log formation parameters, to determine injection profiles and to locate cracks caused by hydraulic fracturing.

Gamma radiography also been successfully put to use in inspecting the integrity of critical civil structures such as hospitals, schools, civic buildings etc in the aftermath of natural disasters such as the devastating earthquake in Nepal in 2015.

Nucleonic gauges are especially useful where the presence of corrosive substances, pressure or heat make it difficult, or impossible, to use direct contact gauges.

In addition they also offer the key advantage of being employed without requiring any direct physical contact with the material or the product being examined.

The commercial availability of radioisotopes has spearheaded some of the most significant transformations in science and biomedicine, as well as playing a major role in the rise of molecular biology.

According to the World Nuclear Organisation, an estimated 10,000 hospitals worldwide use radioisotopes as part of their radiotherapy practices on a routine basis, with approximately 90% of procedures (representing some 40 million annually) being used solely for the purposes of medical diagnosis.

The applications for radioactive materials within the world of medicine are wide-ranging, with perhaps the most commonly known being the use of x-ray radiography in the conducting of medical examinations.

Under the broader banner of radiography there are also a wide variety of specialised areas that utilise radioactive sources - including computerized tomography (CT) scanning, cardiology, mammography and nuclear medicine therapies in which safe quantities of radioactive materials are injected into the body.

Radioisotopes have a multitude of practical and life-saving uses in our modern world. However their potentially hazardous properties also dictate that their use be closely regulated.

Inevitably, there will be instances where accidents occur - and in such situations it is vital that those tasked with responding to the scene are able to recognise, and safely manage, the hazard that they encounter.

For anyone working within the field of HazMat, CBRNe or radiation protection, having an understanding of the applications of radioisotopes, and the wide variety of environments in which they may be present, will be a vital factor in maintaining safety.