What is the difference between pure and enriched uranium? 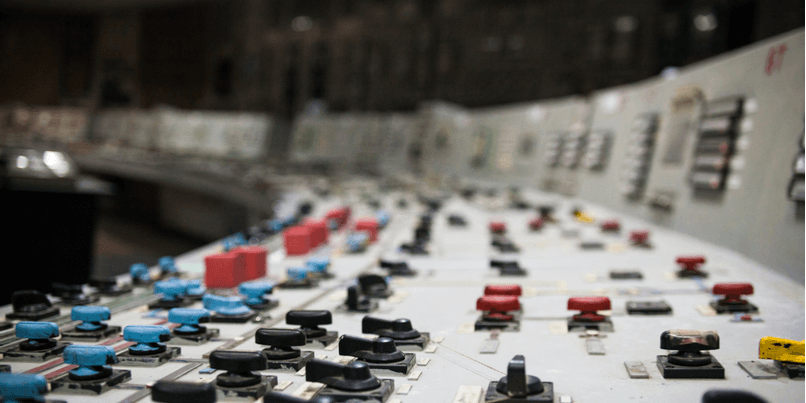 Uranium is a radioactive element that is well-known for its use as the essential fuel for commercial nuclear power plants, with around 11% of the world's electricity being generated from uranium in nuclear reactors.

In March 2019, an incident on the outskirts of Rio de Janeiro in Brazil sparked global media coverage, when an armoured convoy transporting uranium fuel to the Angra 2 Power Plant became caught up in a shootout between two rival gangs.

Following the incident, a spokesperson for Brazil's nuclear agency stated that the uranium posed "no risk" to humans or the environment, due to the fact that it was being transported in its"natural form."

So what exactly makes "naturally-occurring" uranium different from the abundant source of enriched and concentrated energy that is used to fuel the world's nuclear reactors?

In this blog post we explore a little of the history, characteristics and applications of this unique and powerful element that paved the way for the discovery of radiation.

The discovery of uranium

Uranium makes up about two to four parts per million of most of the earth's rocks and appears as the 48th most abundant element in natural crustal rock. Its slow radioactive decay also provides the main heat source inside the earth.

While uranium has only been used in a commercial context for the last sixty years or so, it is believed to have been known about for almost two-thousand years, with records of uranium oxide being used as a colouring agent in glass and ceramic glazes as early as A.D. 79.

It wasn't till 1789 however, that uranium was officially "identified" by German chemist Martin Heinrich Klaproth, who is believed to have named the element after the newly discovered planet Uranus.

In 1841, French chemist Eugene-Melchior Pegliot isolated pure uranium when he heated uranium tetrachloride with potassium. And uranium's radioactive nature was first explored in 1896 by the French physicist Antoine Becquerel, who concluded that it was giving off "invisible rays."

Becquerel's findings in turn paved the way for scientists Marie and Pierre Curie who between them pioneered the Nobel Prize winning research into the radioactive properties of uranium, radium and polonium.

What is enriched uranium?

Uranium's nucleus is unstable, which means the element is in a constant state of decay. Like many other elements, uranium occurs in several slightly different forms, each of which is known as an isotope. What makes uranium so powerful is its isotope 'uranium-235' or U-235, which has a half-life of 704 million years.

When exposed to certain conditions, the nucleus of the U-235 atom can be readily split (a process known as fission) which releases energy in the form of heat. The heat that is released throws off other neutrons - which in turn causes the nuclei of other U-235 atoms to split - and resulting in what is known as a fission 'chain reaction'.

To make uranium fission more efficient, nuclear engineers 'enrich' it to increase the proportion of U-235. The most enriched uranium for nuclear power plants is comprised of between three and five percent U-235.

At the other end of the scale, is what's known as 'depleted' uranium, which is used to make tank armour and bullets, and which is about forty-percent less radioactive than natural uranium.

What is the risk of exposure to uranium?

While uranium is highly associated with radioactivity, in its pure form its rate of decay is so low that it is actually considered one of the less radioactive elements.

All humans and animals are naturally exposed to tiny amounts of uranium whether it be in the soil, in water, in air or in the food we eat. The health effects of natural and depleted uranium on the human body are known to be chemical in nature and not radioactive.

It is when humans are exposed to enriched forms of uranium, however, that there is an increased risk to health. Some of uranium's decay products can pose a threat, (such as radon which can build up in confined spaces).

Uranium metals and compounds can be released into the environment as a by-product of human industrial processes such as phosphate production, hazardous waste management, mining and milling. And, has been evidenced by the major incidents at Chernobyl and Fukushima, there is also the risk of enriched uranium entering the environment due to accident, technical failure or natural disaster.

The vast majority of uranium is used for power, in the form of controlled nuclear reactions. But it also has many other powerful uses, in the creation of radioisotopes used in medicine, food preservation, the growing of crops and much more. If you're interested to read more about the history, applications and potential uses of uranium then this article from the World Nuclear Association makes for fascinating reading.