Mitigating the effects of chemical incidents in industrial settings 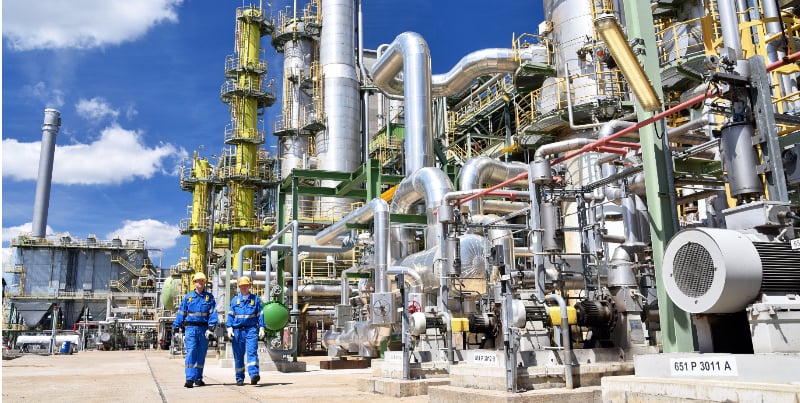 Chemical incidents that occur caused by leaks, explosions or fires in industrial settings can have significant consequences for both human health and the environment.

Building and maintaining an understanding of the key principles governing the regulation of chemicals is a core skill for businesses and personnel involved in the supply, distribution or use of hazardous chemicals, as well as for those working within the context of local authorities and emergency planning.

In May 2021, Falkirk-based petrochemical company INEOS Chemicals Grangemouth Ltd was fined £400,000 for breaching Regulation 5 (1) of the Control of Major Accidents Hazards Regulations (COMAH) 2015 and section 33 (1) of the Health and Safety at Work Act 1974 as the result of an accidental leak of 17 tonnes of flammable ethylene gas in 2017.

An investigation by the UK Health and Safety Executive (HSE) confirmed that the immediate cause of the INEOS incident was due to non-routine maintenance activity which caused the rapid opening of a valve and the sudden inrush of hot gas.

INEOS later admitted in court that its safety inspections had failed to identify a 10 inch section of corroded pipe which led to chloride-induced stress load corrosion.

The leak precipitated a flammable gas cloud which spread over an area of around 65,000 cubic metres.

At the time of the incident 97 workers were on site, all of whom were led to safety by emergency services.

While there were no injuries as a result of the accident, HSE inspector Mac Young commented that the level of fine was a reflection of “the seriousness” of what had taken place.

“It is important that operators of high hazard sites remain vigilant and control the risks that arise as a result of their processes,” he said.

In court, the incident was categorised by Sheriff Wyllie Robertson as being “the highest category of major incident where there is a risk beyond the site and boundaries.”

Robertson also added that, had the ethylene gas ignited, there would have been “significant risk” of a catastrophic blast wave being generated.

The Head of the Health and Safety Investigation Unit of the Crown Office and Procurator Fiscal Service (COPFS), Alistair Duncan, commented:

“Hopefully this prosecution and the sentence will remind other duty holders that failure to fulfil their obligations can have serious consequences and that they will be held to account for their failings.”

As events such as the INEOS Chemicals incident demonstrate, ensuring the safe and effective management of hazardous chemicals and that adequate safety processes are in place, are key priorities.

In the UK, industrial chemical use  is regulated by COMAH 2015, which lays down rules for the prevention of major incidents involving dangerous substances.

The latest iteration of the regulations brought with it some significant amendments and additions including:

Following the UK’s departure from the EU, on January 1st 2021, the EU legislation governing the Registration, Evaluation, Authorisation and Restriction of Chemicals (REACH) ceased to have effect.

In its place however we have seen the introduction of an independent UK REACH regime that applies to all chemical substances that are manufactured, or imported into the UK.

The provisions of the European Regulations and Directives on chemicals are also set to remain in UK law for the foreseeable future.

For those looking for an overview of the current legislation and how it applies to the UK, training programmes such as those offered by the Chemical Hazards Communication Society (CHCS) can offer a useful learning opportunity.

The fundamentals of process safety, hazard identification and evaluation are also covered in training programmes offered by the Institute of Chemical Engineers (IChemE).

Alongside the importance of remaining cognisant of chemical hazard regulations there is also the need to ensure that personnel operating within hazardous chemical environments are trained in the prevention, detection and mitigation of accidental chemical releases.

How effectively personnel are able to respond to chemical spills, whether large or small in scale, will depend on the robustness and realism of the training that they receive.

To discover how Argon Electronics' simulator-based training systems such as PlumeSIM-SMART and MultiGAS-SIM can bolster your existing programmes of chemical hazard instruction please contact a member of the Argon team for a free online demonstration.