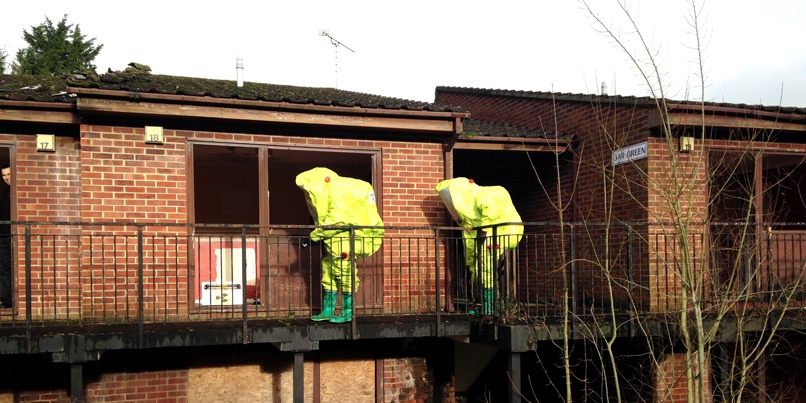 The ability to project realism into CBRN training is an ongoing challenge for first responders. And especially so when it comes to the practical, hands-on use of highly specialist equipment such as radiation detectors.

When firefighter Ross Smallcombe was asked to provide the duty crew at the Ryde Fire Station on the Isle of Wight with a short training session on the use of their service's Mirion Rados RDS 200 Universal Survey Meter, he quickly realised that there were some significant gaps in the crew's practical hands-on experience of the device.

"The biggest problem I had was being able to carry out realistic first responder training that gave a real understanding and hands-on approach to radiation," says Smallcombe.

"After visiting the Argon website, I contacted them to enquire about the use of a Rados RDS200 simulator. Within an hour I was having a conversation with Steven Pike (Managing Director) who was willing to assist me with my plans and loan me a kit which included simulation emitters (both directional and spherical), simulation powders and liquids, the GMP-11-SIM simulation beta contamination probe and EPD-MK2-SIM (personal dosimeters).

"This was fantastic news. Now I could plan a training package based on realistic scenarios,whilst evaluating this new equipment."

The opportunity to experience real-time radiation simulation technology through the use of the Rados RDS 200 SIM was to prove an invaluable learning tool for the Ryde Fire Station crew.

Smallcombe firstly stripped the subject back by preparing a lecture about the Rados RDS 200, its application within varied industries, what it detects, how to use it, its construction, etc.

He then created a second training session covering the basics of radiation including various types of radiation, dose rates, fire service procedures and a section covering Chernobyl and radiation levels around the disaster zone.

The two sessions were then followed by a short practical hands-on session using the Rados RDS 200 SIM and GMP-11-SIM beta contamination probe.

"The gamma simulation emitters were turned on and beta liquids and powders were used on food to enable the simulation detection equipment to show readings. This was the first time any of us had seen readings on the Rados RDS 200," says Smallcombe.

Using the RDS 200 simulator, Smallcombe was able to set up a series of realistic, scenario-based first responder training sessions which included:

Says Smallcombe, "The simulation kit enabled us to train in a very realistic and practical way and all crews that were able to be part of the training sessions are now confident and competent with the use of the RDS 200.

"Nothing can compare with realistic training in the fire and rescue service."

Read the full case study from Ross Smallcombe and the Ryde Fire Station, or download our eBook for more information.