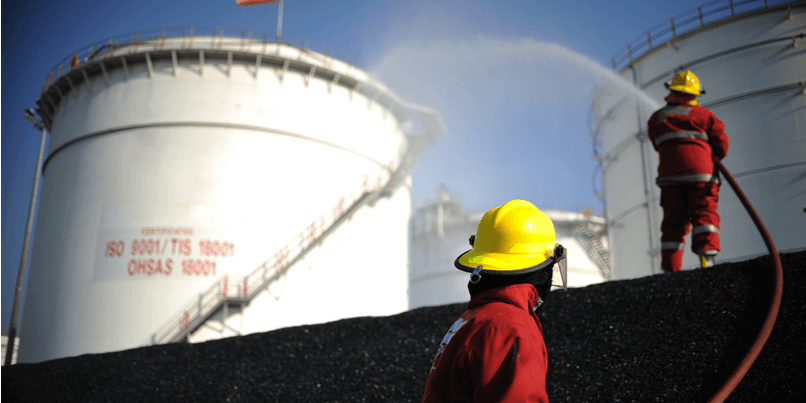 Chemical manufacturing facilities are full of potential hazards which, if mishandled, can present a very real risk both to the safety of workers and to the wider communities in which those factories are located.

Even when the most stringent of precautions are taken, accidents can occur - whether due to human error, insufficient training, a natural disaster or an incident that results from a malicious act.

Depending on the nature of the event, HazMat response teams will be required to work with police, paramedics or environmental health agencies to identify the threat, reduce harm and resolve the situation.

The scope of the industrial chemicals sector

According to the United States Environmental Protection Agency (EPA) there are approximately 13,500 chemical manufacturing facilities in the US alone. These are made up of a combination of commodity plants (which typically run continuously and produce large quantities of basic, less expensive compounds) and speciality-batch or 'performance chemical' manufacturers who produce smaller quantities of more expensive products on an "as-required" basis.

In the UK, the chemical industry ranks as one of the top global producers - comprising 2,500 small and medium enterprises (SMEs) and with gross value added totalling £9 billion according to a January 2018 report.

Production within the chemical sector brings with it a multitude of environmental impacts including the emission of more than 1.5 million tons of criteria air pollutants, of which more than 80% comprises carbon monoxide (CO), nitrogen oxides (NOx) and sulfur dioxide (SO2).

And according to the EPA around 5% of the more than 10 billion pounds of managed chemicals are "disposed of or otherwise released to air and water, while the rest goes to treatment, energy recovery and recycling."

The potentially lethal consequences of accidental exposure to industrial chemicals was evidenced by the tragic sequence of events at an agricultural chemical plant in West Texas in 2013. The large fire and subsequent explosion at the West Fertilizer Co storage and distribution facility resulted in the deaths of ten firefighters and five civilians.

In 2014 the National Institute for Occupational Safety and Health (NIOSH) released its summary of the investigation into the West Fertilizer Co. explosion. The report cited multiple contributing factors to the fatalities - among them the "non-recognition of the hazards associated with the chemical ammonium nitrate" and "limited pre-incident planning of the commercial facility."

In response to the report, the West Fire Department made some significant changes, including creating pre-plans for all high-risk and target-hazard locations within the area, undertaking hazardous material training for key personnel and implementing a hazardous material plan.

It is the duty of fire and rescue services to develop policies and procedures that best support first responders' understanding of foreseeable hazards and their risks in relation to industrial chemical incidents.

While HazMat response training has been a requirement for new firefighters in the UK and the US for many years, there is also increasing recognition of the need for ongoing refresher training to ensure that personnel maintain their knowledge and competencies.

In the US for example the requirement for annual HazMat training is set out in the Hazardous Waste Operations and Emergency Response (HAZWOPER) standard, published by the Occupational Health and Safety Administration (OSHA).

The importance of embedding HazMat training into everyday firefighter response is also highlighted by retired Fire Chief and 35-year veteran of the US Fire Service, David F. Peterson, in his article written for online first responders' magazine FireRescue.

He suggests intertwining HazMat elements into fire response lesson plans - including encouraging first responders in the practice of using self-contained breathing apparatus (SCBA) to limit personal exposures; and utilizing chemical monitoring equipment to assist in the detection of vapors and gases.

As David explains, "the first level of response for firefighters is education" - with classes and certifications at the "awareness" level enabling firefighters to anticipate and recognise potential chemical threats.

The ability to be able to recognize a hazardous material risk and understand its properties is a crucial skill for any first responder who is called the scene of an incident involving industrial chemicals.

And having access to regular, hands-on training in the use of chemical detector equipment is a vital piece of the puzzle in ensuring the successful resolution of incidents and the safety of those involved.