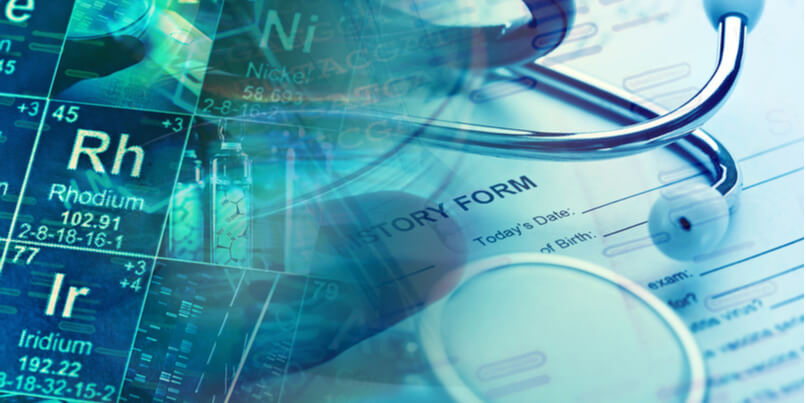 The European Atomic Energy Community (Euratom) was formed in 1957 with the aim of creating a specialist market for the development, distribution and sale of nuclear power within Europe.

While Euratom has always been recognised as a separate legal entity from the EU, it is nonetheless governed by the institutions of a number of EU member countries.

When the United Kingdom announced, in 2017, that it intended to leave the Euratom Treaty as part of the Brexit process, it was inevitable that it would also raise questions and concerns within the UK’s nuclear energy and radiation protection sectors.

Charting the UK’s exit from Euratom

When the UK signalled its invocation of Article 106(a) of the Euratom treaty in 2017, it set in motion a chain of events that culminated in the termination of its Euratom membership on 31 January 2020.

At this point, there followed a 12 month transition period during which the UK continued to participate in Euratom as an associated state and with many of Euratom’s rules and arrangements remaining in place.

In December 2020, the UK and Euratom announced that they had signed a voluntary Nuclear Cooperation Agreement (NCA) with the International Atomic Energy Agency (IAEA) which ensures that the UK’s non-military nuclear materials and facilities will continue to be subject to international monitoring.

The 24-article agreement provides a framework for cooperation between the parties and signals to the wider international community, the nuclear sector and the public that both parties are fully committed to cooperation.

While Euratom was originally established to act as a civil nuclear regulator within Europe, its scope has expanded over the years to encompass a wide range of areas including nuclear research and development (R&D), radiological safety and safeguarding arrangements for the nonproliferation of nuclear materials.

Euratom's latest Council Directive 2013/59 (commonly referred to as the Basic Safety Standards Directive) sets out basic safety standards for the protection of personnel from the dangers of exposure to ionising radiation, including guidance on radiation dose management, dose optimisation, clinical responsibility and close reporting.

In anticipation of the UK's departure from the Euratom Treaty, action was taken by the UK Department for Business, Energy and Industrial Strategy (BEIS) to address any potential issues.

In 2018 the UK government passed the Nuclear Safeguards Act which provided for the passing of regulations and the implementation of any safeguard agreements required to plug any gaps created by leaving Euratom.

Since first becoming a member of Euratom in the early 1970s, the UK had participated in cooperation agreements with multiple nations that guaranteed a secure supply chain of nuclear fuel for UK producers.

With approximately 20% of the UK’s energy supply coming from nuclear power, and no domestic sources of nuclear fuel, it is now focused on forging new relationships to guarantee uninterrupted access in the longer-term.

Following the passing of the Nuclear Safeguards Act 2018, the UK government has rolled over agreements with Australia, the USA and Canada, as well as the International Atomic Energy Agency (IAEA), to ensure access to a continued supply of nuclear material for electricity generation and medical use.

The decision to leave Euratom brought with it the risk of destabilising the highly time-sensitive supply chains that are heavily relied upon by those working in nuclear medicine.

According to the lobby group Scientists for EU, around 80% of medical isotopes used in the UK are imported from the EU, with approximately 1 million patients relying on their use each year in the treatment of cancers, neurological diseases, palliative treatments and cardiovascular imaging.

The lifespan of radioisotopes is extremely short  (often just a matter of days or, in some cases, even hours) and for this reason it is impossible for them to be stockpiled.

As the UK does not currently possess the necessary reactor technology necessary to produce these isotopes, there has always been a sizeable dependence on ensuring a continuous supply from external sources.

According to the Department of Health and Social Care (DHSC), plans for importing medical isotopes post-Euratom have focused on end-to-end logistics which aims to add certainty when it comes to the continued on-time delivery of vital radiological medicines.

Euratom’s research and training programmes have offered a valuable contribution to the nuclear industry's understanding of safety, the management of radioactive wastes and the development of medical applications of radiation.

For the UK, there has been the benefit of being able to participate in world-leading fusion activities such as the International Thermonuclear Experimental Reactor (ITER) project.

In December 2020 the Department of Business, Energy and Industrial Strategy (BEIS) confirmed that, following the conclusion of the Brexit transition period, the UK had reached an agreement with the EU and Euratom which would enable it to continue to participate in the Euratom Research and Training Programme, Fusion for Energy and the ITER project.

While the latest developments regarding the UK's exit from Euratom will no doubt have provided some welcome clarification for the nuclear sector, there is still much to come to grips with, particularly when it comes to addressing the new nuclear landscape from a practical standpoint.

If you are interested to learn more about the UK's position post-Euratom, the upcoming SRP Conference in Bournemouth in July 2021 will provide a useful forum for further exploration and discussion.