What are the most common types of chemical warfare agent (CWA)? 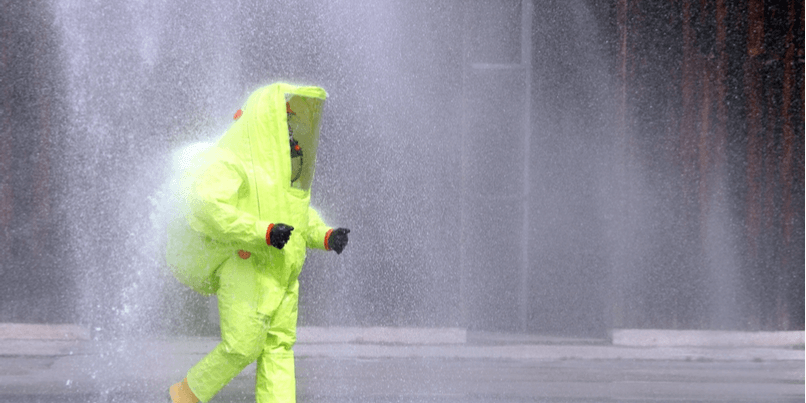 Chemical warfare agents (CWAs) are highly toxic chemicals that have been used in modern military conflicts dating back to the First World War.

In the last couple of decades however, particularly close attention has been paid to the acute and chronic health effects associated with exposure to these agents.

In this blog post we define five of the most common forms of CWA, their methods of dispersal, their modes of action and their effects on the human body.

Chemical warfare agents can be divided into several categories depending upon their chemical structure, their tactical purpose and the way in which they impact on the human body.

A common misconception of a chemical weapon is of a toxic chemical that is delivered in the form of a bomb or artillery shell.

But under the definitions of the Chemical Weapons Convention (CWC) multilateral treaty, what can be classed as a chemical weapon is actually much broader - including all chemicals, and their precursors that are used with the intention of causing temporary incapacitation, permanent harm or death.

Nerve agents form part of a group of environmentally persistent and highly toxic organo-phosphorous (OP) compounds that block the transmission of nerve impulses in the human nervous system.

Some G-series agents (for example sarin and tabun) persist in the environment for relatively short periods while others (ie cyclosarin and soman) can persist for much longer.

One of the most widely known V-agents is VX (or Venomous Agent X) which was first discovered at Porton Down in the UK in the 1950s.

The low volatility of VX (ie the fact that it doesn't readily vaporise) means it is extremely persistent. As a chemical weapon VX is classed as a weapon of mass destruction or WMD.

Blister agents (also known as vesicants) are one of the most common chemical weapon agents, typically dispersed via liquid, vapour, aerosol or dust.

The chemical compounds in blister agents cause severe irritation to multiple organ systems including the eyes, skin, mucous membranes and respiratory tract as a result of inhalation or direct contact.

Blister agents have less toxicity than nerve agents, however they are known to cause prolonged morbidity and degradation of health. The percentage of deaths from exposure to blister agents is quite small - estimated to be around 2-3%.

Choking agents (or pulmonary agents) are so named due to their affect on the human respiratory tract which can result in severe swelling or irritation of the lining of the nose, throat and lungs.

When choking agents are inhaled, they cause air sacs (or alveoli) in the lungs to secrete fluid which impedes the ability to breathe thereby drowning or choking the victim.

Blood agents form part of a cyanide or arsenic-based group of chemicals that inhibit the ability of blood cells in the human body to use and transfer oxygen.

They are fast-acting and highly toxic poisons that are typically disseminated as aerosols and that take effect through inhalation.

The symptoms of blood agent poisoning vary depending on the concentration and duration of exposure. At sufficient concentrations they can quickly saturate the blood causing respiratory failure.

Riot control agents (or RCAs) are chemical agents that are dispersed via liquids or aerosols and that inflict temporary incapacitation of the eyes, mouth, throat, skin and lungs.

Common symptoms of exposure to RCAs include the production of tears, excessive coughing, constriction of the airway and irritation of the skin, eyes, nose or mouth.

While RCAs can be legitimately possessed for the purposes of domestic law enforcement, they are classed as chemical weapons if they are used as methods of warfare.

Chemical warfare agents, as we have illustrated, can have various detrimental effects on the human body. Some of the most common types of CWA's are composed of equally common chemicals which may be surprisingly available to the public. This is why proper responder training on CWA detection and response is key on both a local and a global level. With this in mind, Argon has put together a free guide on effective chemical warfare agent training. In this guide, you can learn more about live agent, simulant agent, and simulator training, and uncover which is best for your team. Click below for more:

Discover the pros and cons of the three key types of chemical warfare agent training to help determine when and how you could employ them.