The benefit of simulator training for CBRN reconnaissance vehicles 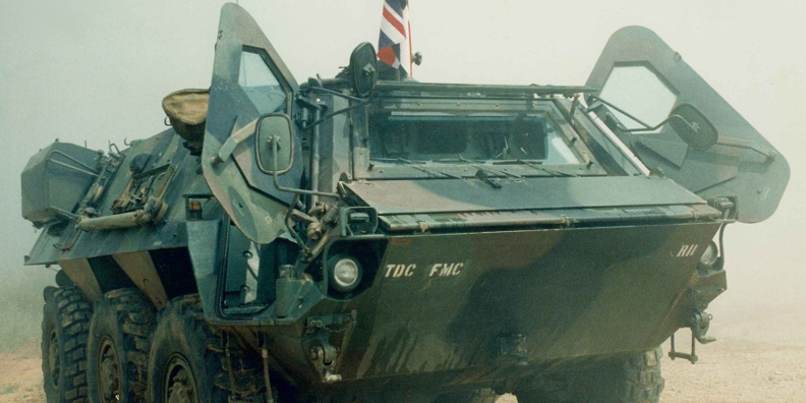 The primary task of a CBRN reconnaissance vehicle crew is to confirm the presence of a potential chemical warfare agent (CWA) and to report that information to their command structure for analysis.

The intelligence that a crew provides to its Cell Controller is crucial in enabling senior officers to make mission-critical decisions on where, or where not, to deploy their forces within a battle space.

A CBRN reconnaissance vehicle creates a cocoon of relative 'safety' for its crew. But it is also a challenging environment in which to operate.

The vehicles can be cramped and uncomfortable, there is the risk of exposure to toxic hazards, the danger of direct attack by enemy forces, and the potential for the malfunctioning of the vehicle's Collective Protection (COLPRO) system.

For these reasons, simulator training for CBRN reconnaissance vehicles can have a vital role to play in providing CBRN personnel with the most realistic - and safe - training experiences possible.

In this blog post we explore the role of simulators in CBRN reconnaissance vehicle field training and we discuss the features of the four primary simulator training options currently available.

The CBRN Cell Controller and senior commanders can also form an important component of more advanced field training exercises, as their actions are totally dependent upon the quality of the information received from the reconnaissance vehicle.

There are currently four options available for reconnaissance vehicle simulation:

1. INJECT - A training method that provides CBRN crews with manual 'injects' - either verbally (through the sending of pre-set communications by radio) or by presentation of signs which they read and which advise the readings to report upon.

While the INJECT method is cost-effective and simple to install, it doesn't enable replication of instruments (for example their preparation, use or failure,) which means it's not always possible to deliver a truly realistic learning environment.

While it offers the advantage of simulating COLPRO failure (which provides a training opportunity for crews to deploy their IPE) it can also require extensive testing to ensure operational capability is not compromised.

3. APPS - This method implements replica sensors based upon an 'application.' While it provides a reasonable compromise in terms of cost and functionality, its installation represents an unrealistic environment.

In addition, the displays don’t represent those of actual detectors, which is an essential feature for replicating readability in different environments and all human factor challenges.

4. SIM - This is a simulated field training method that implements replacement simulation sensors to integrate with the vehicle system architecture.

SIM requires specific temporary installation of simulation sensors which can be time consuming. There is also a higher cost of acquisition and ongoing cost of ownership compared to the other field training systems. However the use of replica instrument simulators, ensures that human factors such as switches, displays and acoustic alerts are accurately represented. It also offers an accurate method of recording crew actions and mistakes which can be an invaluable learning aid in After Action Review (AAR) debriefs.

The success of any CBRN reconnaissance vehicle mission depends on how effectively everyone functions as a team, from the crews maneuvering the vehicles within a threat area to those responsible for receiving, collating and acting on the information.

Simulator training has an invaluable role to play in ensuring crews are prepared and able to respond with speed and accuracy, whatever challenges they may face in the field.