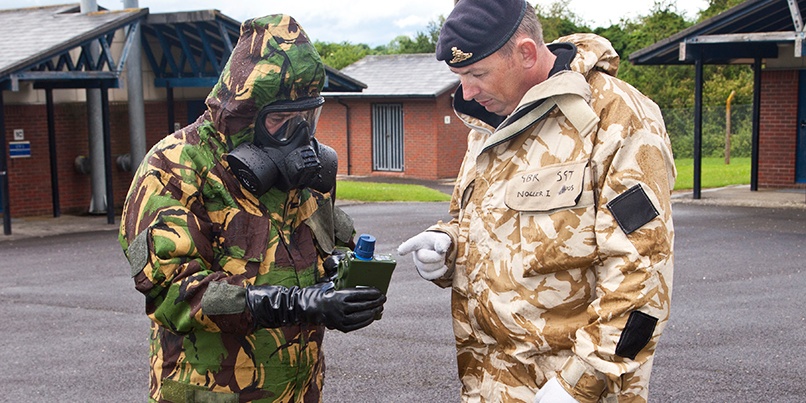 With growing risks emerging from regions under conflict that have vanishing or no borders at all, collaboration when it comes to CBRN knowledge and training is becoming vital.

Nowhere will collaboration be more important than in the Gulf and Middle East. With instability spreading out from Iraq into Syria and Iran, it’s key that nations and defence bodies communicate to ensure their response to potential CBRN events are swift and successful.

To this end, the UAE has signed an agreement with the EU to open a CBRN regional centre. The Centre of Excellence on Chemical, Biological, Radiological and Nuclear (CBRN) Risk Mitigation, based in Abu Dhabi will see experts share knowledge about how to reduce the risk of attack and how best to respond.

“CBRN risks do not respect borders and the reason for the centre is to be sure we can better identify risk at a national and regional level,” said Maciej Popowski, Deputy Secretary General of the European External Action Service.

Ultimately, it’s being able to communicate and react quicker to changing threats that enables nations and defence networks to protect their citizens. We’ve shared some knowledge recently with our battlefield response white paper.